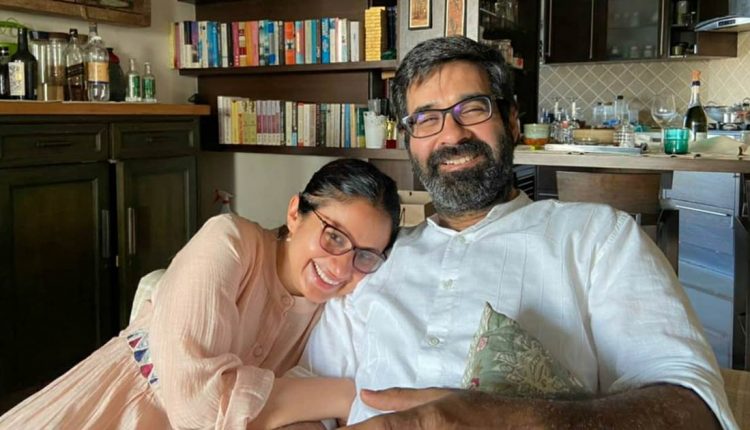 Patriarchal society doesn’t always celebrate the success of a woman, and it is heartening to see actor Mukul Chadda say he is extremely proud of all that his wife Rasika Dugal has achieved as an actress over the past few years.

Rasika has definitely been one of the success stories spawned by the burgeoning growth of OTT, carving a distinct space with roles in shows like “Mirzapur“, “Delhi Crime” and “Out Of Love”.

She is also one of the sought-after artists among creators in the digital space.

Jasmin Bhasin Exclusive On Transforming From ‘Hot-Shot’ Modern Girl To ‘Desi Kudi’ In Gurnazar Chattha’s Tenu Yaad Karaan
Shama Sikander Requests Parents To Put Their Children In Yoga, Says “They Could Experience The Magic Of Meditation…”

“I am proud of Rasika’s success because she is a real talent. I know how talented she is as an actress and that is why every chance she has got based on merit, we see that on screen. I really am very proud of Rasika,” Mukul told IANS.

Mukul feels opportunities increasing owing to the growth of web entertainment has definitely been an advantage for actors who bank wholly on merit.

“I think it (the OTT space) is one of the interesting spaces where the audience and storytellers are growing together. The habit of consuming more experimental content is giving show makers the courage to tell stories and take risks. For us actors, such things are giving an opportunity to grow as creative beings,” added the actor, who was recently seen the web series “Sunflower” and OTT-released film “Sherni”.

Must Read: Shilpa Shetty Wishes ‘Dearest Cookie’ Raj Kundra On Fathers Day With A Sweet Post: “To Our Family You Are Our World”

The post Mukul Chadda Praises Wife Rasika Dugal: “I Really Am Very Proud Of Her” appeared first on Koimoi.

Bipasha Basu thanks all for love, best wishes