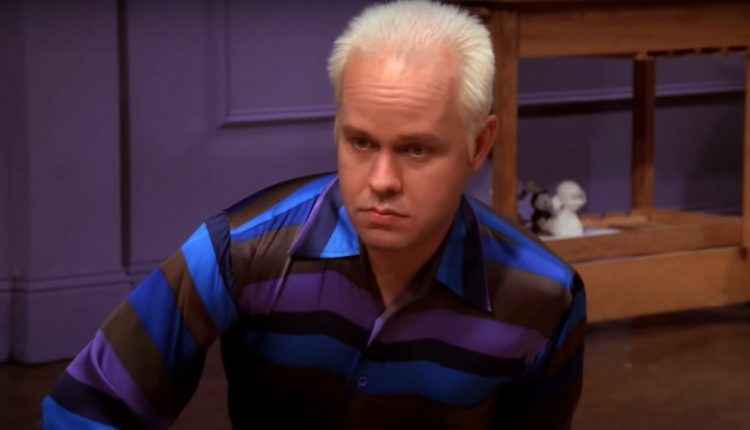 Though Friends was mainly about the six lead characters what made the show memorable also consists of its sidekicks. One of the most loved supporting actors will remain to be James Michael Tyler’s Gunther. His fondness for Rachel & the fact that he got his role just because he was a barista had kept him a fan-favourite over the years.

Today in a heartbreaking revelation, he informed about the prostate cancer he has been battling since September 2018. Over the course of three years, the disease has spread to his bones, and he’s undergoing life-threatening chemotherapy now.

Tyler is currently hoping that his mistakes will help save at least one life from this dangerous illness. He, known for his role of ‘Gunther’ in Friends, also opened up about the reunion special which happened recently.

While talking to Today, James Michael Tyler informed, “I was diagnosed with advanced prostate cancer, which had spread to my bones. I’ve been dealing with that diagnosis for almost the past three years. … It’s stage 4 (now). Late-stage cancer. So eventually, you know, it’s gonna probably get me.”

He explained where it all started, “I was 56 years old at the time, and they screen for PSA, which is a prostate-specific antigen. That came back at an extraordinarily high number … So I knew immediately when I went online and I saw the results of my blood test and blood work that there was obviously something quite wrong there. Nearly immediately, my doctor called me and said ‘Hey, I need you to come in tomorrow because I suspect that you may have quite a serious problem with your prostate.’”

Friends fame also added, “All I had to do was take a pill in the morning and the night, and boom, life was pretty much normal. I had it then, but (was) able to function normally. … I was feeling fine, honestly. I had no symptoms, I didn’t feel any symptoms. And it was very easy to regulate.”

“There are other options available to men if they catch it before me. Next time you go in for just a basic exam or your yearly checkup, please ask your doctor for a PSA test. It’s easily detectable. … If it spreads beyond the prostate to the bones, which is most prevalent in my form, it can be a lot more difficult to deal with,” concluded James Michael Tyler.

We wish a speedy recovery for our beloved Gunther & say to him, “Your Friends are here for you!”