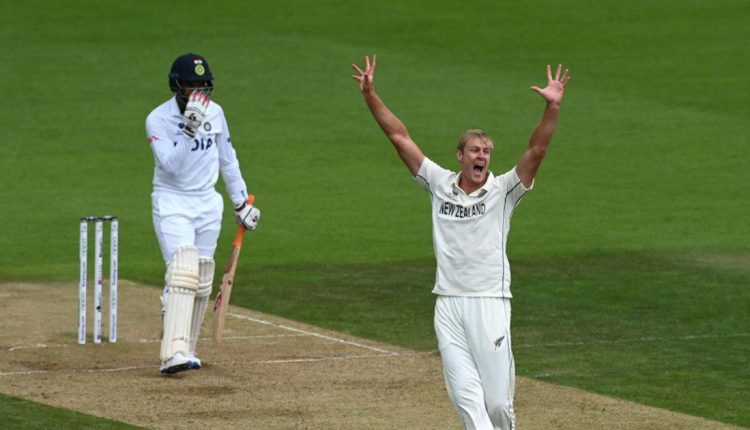 An absorbing day of high-quality cricket, cut short by bad light despite the floodlights being on full beam, ended with New Zealand 101-2 in reply to India’s first innings 217, a deficit of 116 runs.

New Zealand opener Devon Conway fell for 54 shortly before stumps – his third score of over fifty in just five Test innings following the 29-year-old left-hander’s stunning 200 on debut against England at Lord’s this month.

Jamieson is also in the early stages of his Test career yet the towering paceman still had a miserly return of 5-31 in 22 overs, including 12 maidens.

Yet India’s quicks also bowled well in helpful, overcast conditions that made batting difficult, with Mohammed Shami unlucky not to take a wicket after repeatedly getting lift from a good length.

In a match marred by weather interruptions – Friday’s first day was washed out without a ball bowled – India resumed on 146-3.

Kohli was 44 not out and Ajinkya Rahane unbeaten…

Zack pledges to work with Huma for Covid