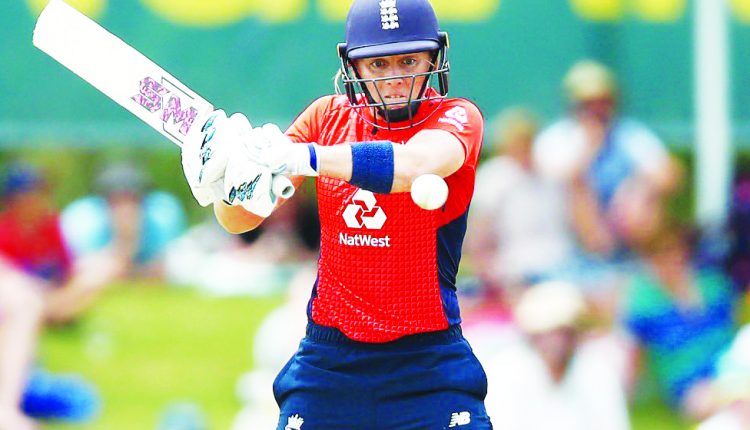 Bristol, June 20: England women’s cricket team skipper Heather Knight said the drawn one-off Test against the Mithali Raj-led India was a brilliant advertisement for the game and it “shows that women’s Test cricket has a place in the game”.
In a match, which England seemed to be winning, was saved by the brilliance of debutant Sneh Rana’s unbeaten 80 and her unfinished 104-run partnership for the ninth wicket with Taniya Bhatia (44 not out) on Saturday.
Sneh also became the first Indian woman cricketer to take four wickets and score a half-century in Test cricket. “It’s been a great advert and shows that women’s Test cricket has a place in the game,” Heather was quoted as saying by ESPNcricinfo, though she was disappointed at her team missing out on a win.
“What a brilliant game of cricket. It was unfortunate it didn’t have the dramatic and exciting finish that it could have done but what a game of cricket. I think it’s almost a shame that today it fizzled out a little bit.
“It was set up to be very good and very exciting, but I think it’s been a brilliant advert. We’ve had some great skill on show, some youngsters come in from both sides and play outstandingly.”
The England skipper felt that women’s Tests too should be a five-day affair from the current four days after a significant amount of play was lost due to rain on the third day here. “I would definitely be open to it (five-day Test). There’s obviously been a lot of draws in women’s cricket, in previous games, so yeah, it’s definitely something I think that should be looked at.”(IANS)