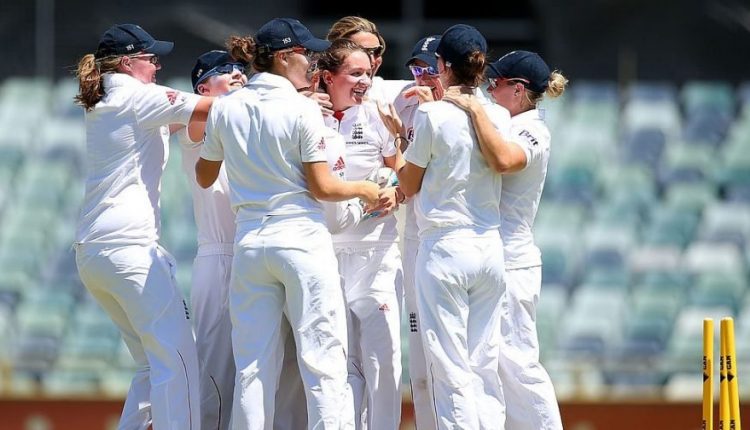 In an exclusive interview with Headstrong: An Innings With, England seamer Kate Cross talks about her times in and out of the England set-up as well as her experiences managing her mental health.

As part of the wide-ranging interview, Cross, while talking about what it can be like being left out of an XI when included in a squad, talked about the value placed in the England set-up on performing the job of drinks-carrier as well as possible.

In particular, she referenced her debut Test where England beat Australia in Perth in sweltering conditions where the drinks carriers played a crucial role in ensuring that the XI were suitably hydrated.

“I say you never feel isolated because we’ve got a very good group of girls,” said Cross. “We’ve got a lot of girls who’ve been in and out of the squads and in and out of the teams. They understand that running the drinks is the worst job in the world but someone’s got to do it; we pride ourselves on doing that job really well. I always think to myself if I was playing and it was a red hot day and you’re in Perth and you needed someone to be there to make sure you’re hydrated and fuelled how would you want that person to act to you?

“So I always try to think of it that way that actually, I’ve still got a job to do that way. I genuinely think that the Test match where I made my debut in 2014, I genuinely think we won that Test match because of our 12th, 13th, 14th and 15th. It was 50-odd degrees for four days and we wouldn’t have coped without them there. It sounds patronising when you thank the drinks people but it’s a thankless job, someone’s got to do it and you need those people to do it.

“So I just try to think, as cliched as it is, just do the best job you can that day for the girls because they’d do the same for you.”

Cross took identical figures of 3-35 in both innings as England sealed a 61-run despite a superb all-round performance from Ellyse Perry.

You can listen to the full interview with Holder on the Headstrong podcast, available to listen to on all the usual podcast hosting platforms. Headstrong: An Innings With supports the Ruth Strauss Foundation and is exclusively previewed by Wisden.com.

The post Kate Cross: We won an Ashes Test because of our drink carriers appeared first on Wisden.

Euro 2020: Denmark storm into knockouts with big win over…