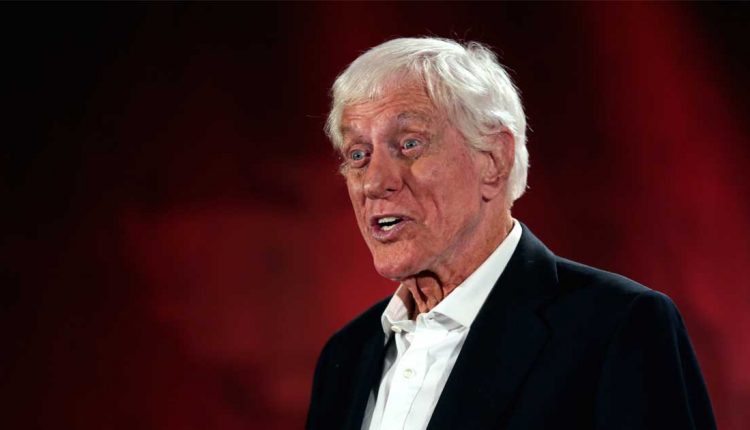 Dick Van Dyke Is Looking Forward To His 100th Birthday In 2025 Says, “Old Age Can Be A Great Time”(Pic Credit: Wikipedia)

Actor Dick Van Dyke, 95, is determined to make it to his milestone birthday in 2025.

“The point is to enjoy. I’m looking forward to 100. George Burns made it and I’m gonna do it too!” Van Dyke told Closer US magazine.

“The song says, ‘I hope I die before I get old’. I thought, what a sad thing. Old age can be a great time!” said Dick Van Dyke.

Dick Van Dyke has no plans to retire and would like to return to the stage in a Shakespeare play, reports femalefirst.co.uk.

The nonagenarian said: “I’d like Shakespeare. I love the rhythms of it. I’m old enough to do ‘King Lear’. I didn’t know how much I would miss it. I really miss getting up in front of an audience.”

The star, who found fame in the TV sitcom “The Dick Van Dyke Show” in the 1960s, shared that taking a “childlike attitude” to life has helped him through the years.

He said: “I like to play, and I don’t take too many things seriously. To take oneself seriously will age you pretty quick. It’s not what’s happening to you, it’s the attitude you take towards it. If you can stay optimistic about life and relationships, you’ll be much happier.”

Must Read: Falcon’ Anthony Mackie ‘Hated’ The Idea Of Being ‘Captain America’, Here’s Why!

The post Dick Van Dyke Is Looking Forward To His 100th Birthday In 2025 Says, “Old Age Can Be A Great Time” appeared first on Koimoi.

Finance ministers to meet in July too on pending GST issues:…