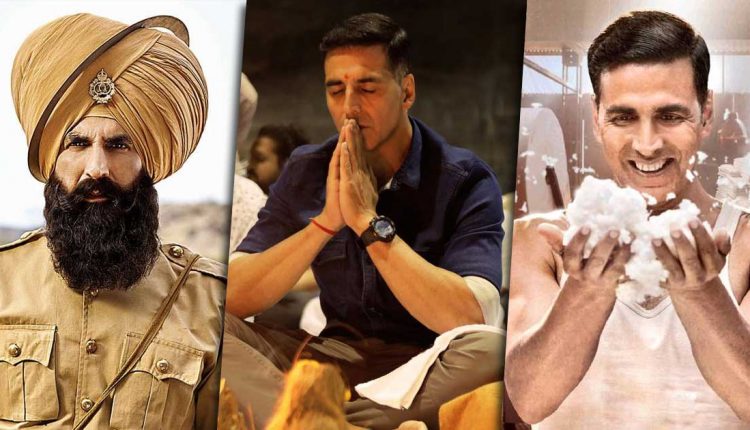 Akshay Kumar has been a trendsetter in Bollywood, from nailing the action genre to breaking the stereotype that action-heroes can’t do comedy. But, over the last few years, he has been silently ruling one particular genre in the industry.

Why silently? Because he’s been mixing up other topics so well that one will have to look closely at his filmography over the last few years to understand how he has been exploring one particular genre more than the others. After that title, you know we’re talking about biopics.

Biopics are usually confused with films based on real incidents, but there’s a third sub-genre in it that is based on a real adventure, but it’s not about one particular person. Like our first film below:

Though a real story inspired this film, its lead character Ranjit Katyal was a mix of many people that helped the evacuation story to come true. Though it’s not a direct biopic but (after Baby), this is where Akshay Kumar started considering the ‘real stories’ route.

This again is slightly different from Rustom as the story was real, it tried to portray what a particular character did in that story, but the name was changed. Based on the life of KM Nanavati, Akshau’s character name was Rustom Pavri in this film.

A similar scenario as Rustom, real story, real character but changed the name. This film was based on the life of Arunachalam Muruganantham. Lakshmikant Chauhan (Akshay Kumar) is the man who wants to create economical pads for his wife and family.

The story inspired by the life of legendary Indian hockey player Kishan Lal, Akshay Kumar played the role of Tapan Das in Gold. He explores various shades in the film, from comedy to romance to drama, and nails every single one of them.

Based on the Battle Of Saragarhi, which was unknown till now to the majority of us, Kesari does a wonderful job in informing us about this impossible courageous battle. This wasn’t at all an easy role to play, but this powerhouse of talent makes sure to carry the entire movie on him.

Directed by Chandraprakash Dwivedi, “Prithviraj” is based on the life and heroism of king Prithviraj Chauhan. It stars Akshay in the title role while Manushi plays Sanyogita, the love of his life.

Below are the movies which weren’t straight biopics but were based on semi-fictional/actual incidents:

The story of this Neeraj Pandey film is inspired by the high-profile fake raids (and a major one) which happened back in the late 80s.

In an interview director, Neeraj Pandey had revealed how this film included a lot of research. Though the disclaimer before the film mentioned that the characters in it are fictional, but the incidents are said to be based on semi-fictional missions.

The story of this Akshay Kumar film came to existence after Prime Minister Narendra Modi’s Swacch Bharat Abhiyan. But the story was based on real-life incidents of women in rural areas of Madhya Pradesh.

Must Read: Bell Bottom VS Akshay Kumar’s Last 10 Films (& Footfalls) At The Box Office – Where Would It Stand?