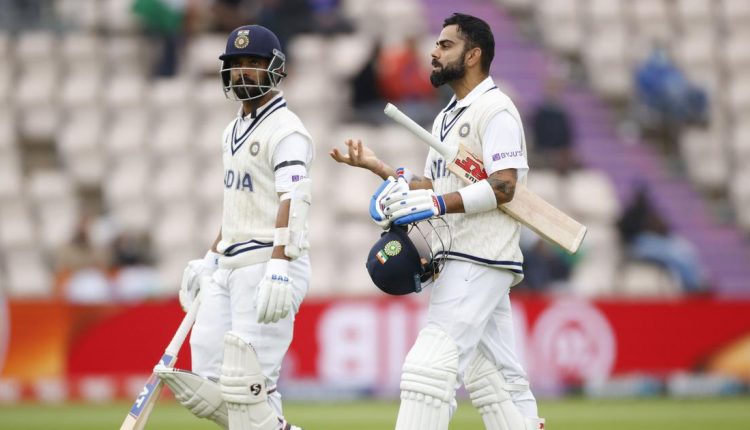 After Friday’s first day was washed out without a ball bowled, India were 146-3 when the third of the day’s stoppages for bad light led to an early close.

Kohli was 44 not out, with the star batsman having hit just one boundary in 124 balls faced.

Meanwhile, Ajinkya Rahane was 29 not out after adding an unbroken 58 for the fourth wicket with Kohli.

Towering quick Kyle Jamieson ended the day with remarkable figures of 1-14 in 14 overs.

Only 64.4 overs out of 180 scheduled for the first two days have so far been bowled.

But under a special provision for this final, match referee Chris Broad can add an extra day onto the standard maximum five for a men’s Test if he decides such an extension is needed to compensate for time lost to bad weather earlier in the game.

But Rohit Sharma and Shubman Gill batted impressively in an opening stand of 62.

India, however, lost three wickets either side of lunch to be 88-3.

Not defined to be in any mould: Rhea Chakraborty

Coronavirus risk may go up on exposure to urban air…