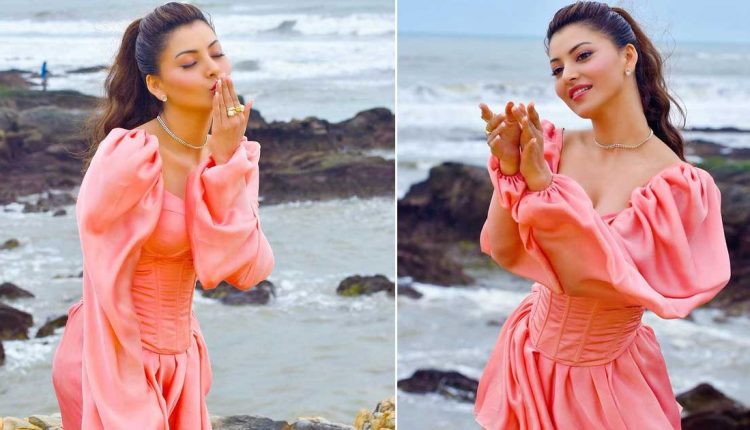 Urvashi Rautela: When I am at my best, I am my father’s daughter(Pic Credit : Instagram/urvashirautela)

Actress Urvashi Rautela says her father Manvar Singh taught her the importance of valuing oneself. Ahead of Father’s Day on June 20, Urvashi also shares the kind of bond she shares with her dad.

“When I’m at my best, I am my father’s daughter. It was my father who taught me to value myself. He told me that I was uncommonly beautiful and that I was the most precious thing in his life,” Urvashi tells IANS.

Ranbir Kapoor’s Imtiaz Ali Next Not In The ‘Rockstar’ Space, Ruling Out Amar Singh Chamkila’s Biopic
KGF 2 Finally Postpones, Yash To Turn A Naval Officer In His Next ‘Pan India’ Movie?

On the work front, Urvashi Rautela will be making her Tamil debut with a sci-fi film that casts her as a microbiologist and an IITian. She is also going to appear in a bilingual thriller “Black Rose” along with the Hindi remake of “Thirutu Payale 2”.

Must Read: Poonam Pandey To Strip Again If India Wins Against New Zealand, Says “I’ll Think Of Controversy If Possible”

The post Urvashi Rautela: “My Father Told Me That I Was Uncommonly Beautiful” appeared first on Koimoi.

Too little too late: Central banks are about 10 years behind the times with their crypto plans, economist tells RT’s Boom Bust

Learnt a lot, grew a lot: Vicky Kaushal on…

Will be happy to have Kangana on ‘India’s…