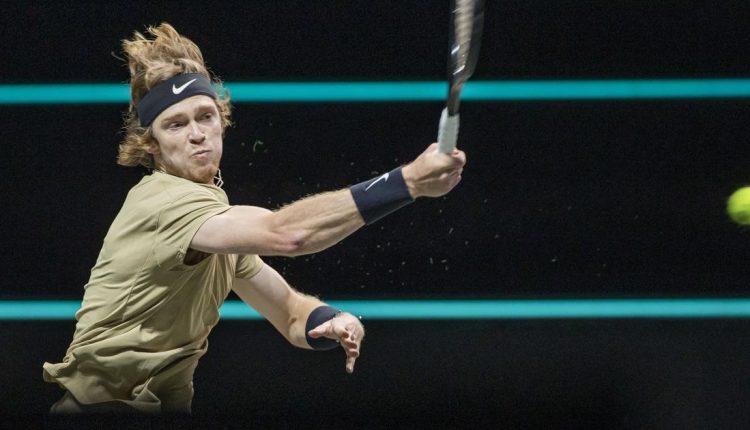 World number seven Andrey Rublev is into his first grass court final on the ATP tour after beating Georgian qualifier Nikoloz Basilashvili in the last four at Halle on Saturday.

“It’s my first final on grass and in Halle,” said Rublev, who was the only seed left in the draw from the quarter-finals onwards.

“I think I can play on every surface and I will try my best again tomorrow.”

In Sunday’s final, Rublev will meet Ugo Humbert, who beat Canadian Felix Auger-Aliassime 6-4, 3-6, 7-6 (7/5) in the other semi-final later Saturday.

Humbert, ranked 31st in the world, has been in impressive form in Halle and the 22-year-old dumped out French Open semi-finalist Alexander Zverev in the last 16.

Earlier in the week, Auger-Aliassime, 20, also underlined his status as one to watch on the ATP tour with a shock second-round win over childhood idol Roger Federer in Halle.

Top seed Matteo Berrettini says he hopes he does not sleep too well ahead of Sunday’s Queen’s tournament final after beating Alex de Minaur 6-4, 6-4 in the semi-finals on Saturday.

The 25-year-old Italian has yet to drop a set…

I am hopeful of a comeback soon: Raina