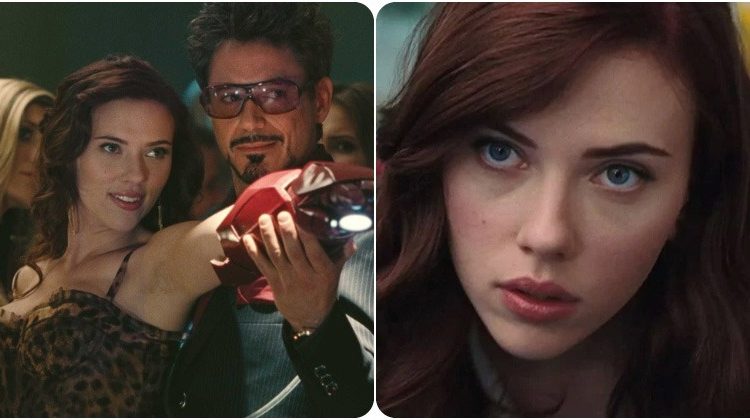 Ever since Scarlett Johansson essayed the role of Black Widow in Marvel’s 2010 Hit movie Iron man 2, her fans have been eagerly waiting for her to get a movie of her own.

A decade later, their wish did come true and Scarlett is finally set to be a part of an eponymous standalone movie, Black Widow.

She made her debut in the MCU with Iron Man 2 and recalled her character, Black Widow being ‘sexualised’ and being treated ‘like a possession’ in her early appearances.

She also stated that she was treated like a ‘piece of a**’ in her previous movies. Talking about her journey, the Oscar-nominated star, further added that changes have come with time.

As per Fox News, while shooting for her solo film, she spoke about the hypersexualisation of Natasha Romanoff, her character as Black Widow in the Marvel series.

In a press visit, back in 2019, Scarlett had said, “I mean, you look back at Iron Man 2 and while it was really fun and had a lot of great moments in it, the character is so sexualized, you know?”

She also said that even Tony Stark mentions something like that about her in the movie and says ‘I want one.’

Johansson is referring to a scene from the movie where Tony Stark meets Natasha and his right hand Happy Hogan, is knocked out of the boxing ring by her. This leaves Stark impressed and he tells Pepper Potts, “I want one.”

In the movie, we see her sexuality is used as a means to manipulate others due to her personality as Black Widow, a super spy. But she further added that her act of sacrifice in the Avengers: Endgame was incredibly powerful.

She also spoke about the changes coming in Natasha’s portrayal. She said, “Now people, young girls, are getting a much more positive message, but it’s been incredible to be a part of that shift and be able to come out the other side and be a part of that old story, but also progress. Evolve. I think it’s pretty cool.”

Scarlett, who is going to reprise her role as Black Widow for the seventh time, added that her character is influenced by her own growing maturity as a woman.

She also said in an interview “Obviously, 10 years have passed and things have happened and I have a much different, more evolved understanding of myself. As a woman, I’m in a different place in my life, you know? And I felt more forgiving of myself, as a woman, and not — sometimes probably not enough.”

The first trailer hit social media platforms in 2019, giving us an incredible glimpse of Natasha’s transformation. The movie also has a new villain, Taskmaster. The poster of the movie sees both of them locking horns.

We can’t wait to see the movie now!

What causes bone loss in elderly