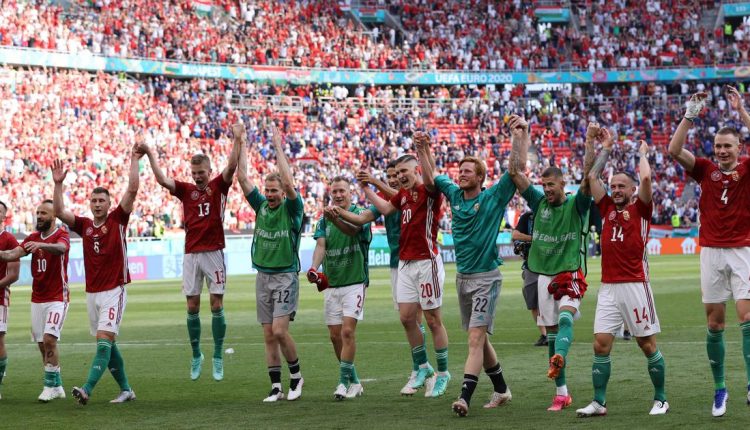 Antoine Griezmann salvaged a 1-1 draw for France against Hungary in Budapest as the world champions missed the chance to clinch a place in the Euro 2020 last 16 on Saturday.

But Griezmann, the Golden Boot winner at Euro 2016, equalised on 66 minutes as an unconvincing France avoided a first competitive defeat since June 2019.

Didier Deschamps’ side top the section with four points, one above reigning champions Portugal who play Germany in Munich later. Hungary earned their first point and the Germans are bottom after losing to France in their opener.

France stay in Budapest for their final game against Portugal, while Hungary travel to Munich to take on Germany, still hoping to qualify for the knockout phase for a second straight tournament.

Contending with stifling temperatures in excess of 30 degrees Celsius (86 degrees Fahrenheit) and a crowd approaching 60,000 at the Puskas Arena, the only Euro 2020 venue without capacity restrictions due to Covid-19, France controlled much of the first half.

Having lived up to their billing as tournament favourites in a 1-0 win over Germany, France dominated Hungary early on,…

Akriti Kakar to sing for soldiers at Siachen