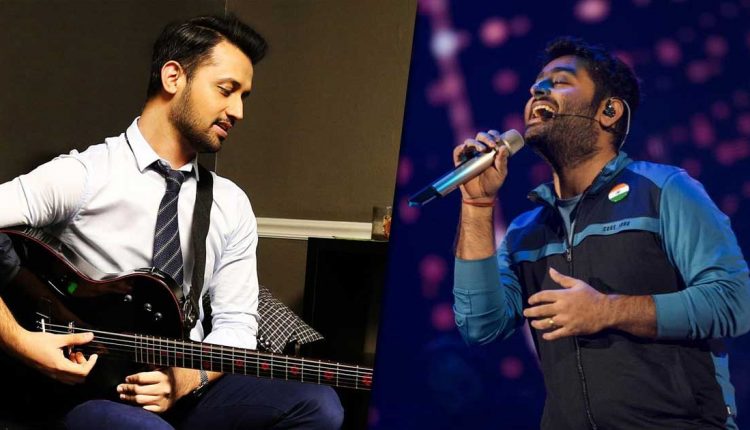 How many Atif Aslam fans out here? We don’t even need to ask this question as we know that there will hardly be anyone who is not mesmerized by his soulful voice. It has been a long time that we have heard his song in any Bollywood movie. But imagine him performing live with another great singer of our times, Arijit Singh? It would be killer, right?

Well, it looks like this not just what the fans want, but even Atif wants something like this, and we cannot keep calm after his recent Instagram video. Keep scrolling further to check that out.

Atif Aslam is currently in the northern areas for the shooting of his upcoming video Rafta Rafta. He posted a short video of him listening to Arijit Singh’s Hawayein. The captivating views added more to the wonderful song originally picturized on Shah Rukh Khan and Anushka Sharma in the movie ‘Jab Harry Met Sejal’.

Karanvir Bohra On His Film ‘Kutub Minar’ Getting Special Mention At Berlin Indie Film Festival: “It Came As A Dream”

Taking to Instagram, Atif Aslam posted the video showing the scenic view from the northern areas from his car as Arijit Singh’s Hawayein plays in the background. Check out the video below:

If you guys are listening, then we would request both Atif Aslam and Arijit Singh to hold a live performance together on behalf of all your fans. If not in the hills, anywhere! We are sure that the thought of these two singers performing together itself is so amazing that we already have goosebumps.

We hope that day comes soon! Till then, we can make do with the thought that Atif is listening to Arijit’s song and enjoying it. And he wishes to perform with him.

Must Read: Sound Of Metal’s Riz Ahmed & Not Shahid Kapoor Was The First Choice For Udta Punjab’s Tommy Singh – Wow!

The post Atif Aslam Compliments ‘Brother’ Arijit Singh For Hawayein, Can We Sign A Petition For Their Collaboration Already? appeared first on Koimoi.

Censor board guidelines need to be changed: Ritesh Sidhwani

One six didn’t win us the World Cup: Gautam Gambhir