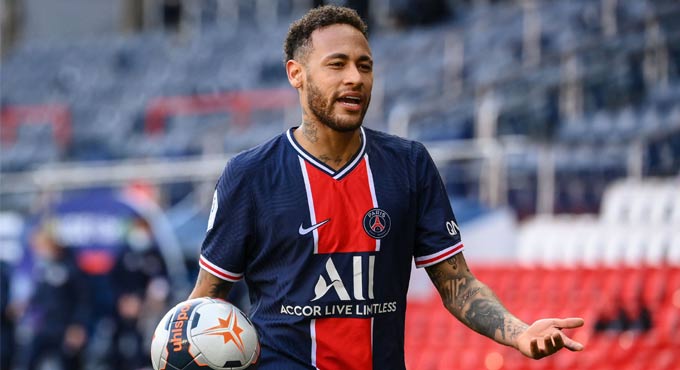 Rio de Janeiro: As Neymar narrows the gap with Pele, the all-time top scorer of the Brazilian team hailed the PSG striker’s extraordinary performance in Copa America on social media.

Based on FIFA records, Pele sits first for Team Brazil with 77 goals. Neymar cut the gap to nine after helping Brazil beat Peru 4-0 in a Copa America match on Thursday.

“Every time I see this boy, he is smiling. It is impossible not to smile back. It is contagious. I, like many Brazilians, am always happy when I see him playing soccer,” wrote Pele on social media with a picture of him and Neymar together taken at the Santos Football Club, reports Xinhua.

Pele expressed joy at seeing the 29-year-old approach his record for Brazil. “Today, he took another step towards my goalscoring record for the Selecao. And I am rooting for him to get there, with the same joy I’ve had since I saw him play for the first time.”

Neymar was named man of the match following Brazil’s victory and was quite emotional in the post-match interview.

“It is very emotional to me because I went through a lot in the last two years. Difficult and complicated. These numbers are nothing compared to the happiness I have playing for Brazil,” said Neymar.

Neymar’s path towards this record was by no means easy. He missed the 2019 Copa America due to injuries and recently lost sponsors because he was dealing with a sexual assault allegation.

“It’s an honour to be part of Brazil’s history. To be honest, my dream was to play for Brazil in this shirt. I never would imagine that I could achieve those numbers,” said Neymar in tears.

Neymar scored for Brazil in both matches, against Venezuela and Peru. The victories sent Brazil to the top of Group A with six points.

US Open to allow 100% fan capacity this year

Markets open in red on Wednesday