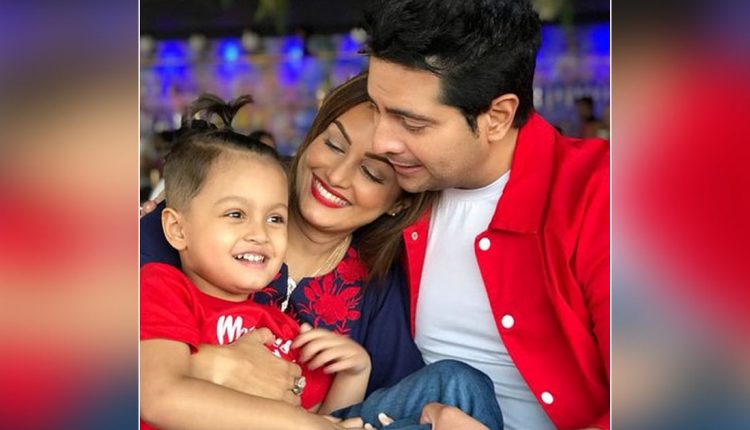 Karan Mehra, who is well known for playing the role of Naitik Singhania in Yeh Rishta Kya Kehlata Hai, recently grabbed headlines for all the wrong reasons. His wife Nisha Rawal accused him of domestic violence and extra-marital affairs. Amidst these allegations, the actor wishes his son Kavish on his birthday.

Karan Mehra then concluded his post by thanking everyone. He wrote, “Thankyou everyone and bless Kavish…Kove and Kugs.” Take a look at the pic below:

Yeh Rishta Kya Kehlata Hai actor had previously denied all the allegation levelled against him by his wife Nisha Rawal. He even went to claim that Nisha was equally abusive and there came a point in their marriage where he became ‘suicidal’. Talking to ETimes, “She has always been aggressive and in the beginning, she was physically abusive as well. Usko gussa aata hai toh woh haath paav chalaati hai, usko samajh mein nahi aata hai. (When she gets angry, she gets physical, she doesn’t understand anything). She starts throwing and breaking things.”

Karan Mehra also said, “I had thought it would get better, and it did to a certain extent, but phir woh activate hone laga (it began activating again). Things have been bad since the past four-five years and there came a point when I became suicidal.”

He also voiced concerns about his son’s safety. Karan said, “I feel my son is not safe with Nisha anymore. Earlier I happily decided to let Kavish live with Nisha but now I really don’t know. I don’t want my child to get affected. I am really worried about him. It’s heartbreaking to see whatever is happening.”

President not to attend Sri Sri’s event in Delhi

‘Dishoom’ team to begin promotions at…