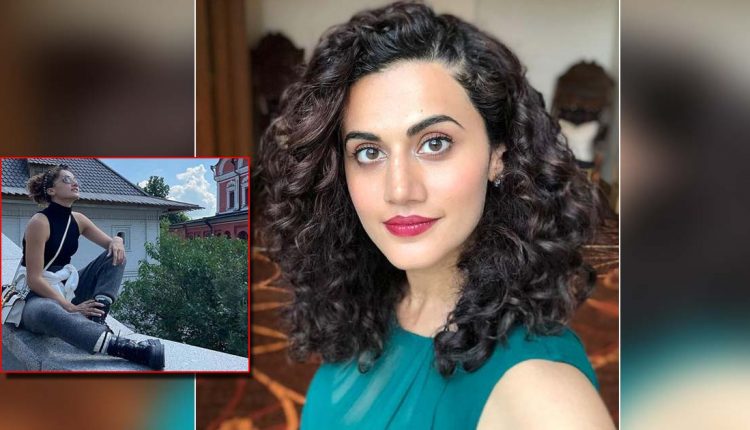 Taapsee Pannu, who is currently touring Moscow, on Monday shared that she wants to feel close to normal again. Taapsee made her contention with a new picture she posted on Instagram.

“Time to surround myself with colours, sit on street side, looking at the sky, take a deep breath and say “all is well”! Also…….. helloooooo Moscow! Let’s feel close to ‘Normal’ again!” Taapsee wrote, with the image that captures her posing in a picturesque locale.

The film, which also features Vikrant Massey and Harshvardhan Rane, is about a woman whose heart longs to live like in a novel, but who finds herself entangled in the murder of her husband.