Sushant Singh Rajput Owned A Flight Simulator Costing 1 Crore, Telescope Worth 6.5 Lakhs & Many Things Proving Him To Be A Smart-Spender! 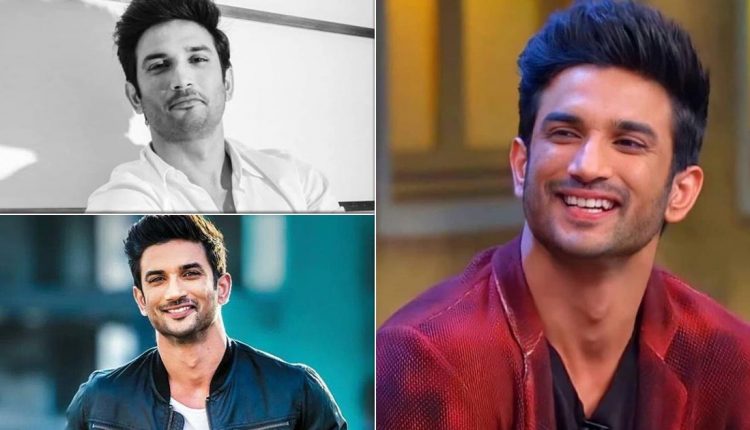 A year ago, on June 14, 2020, we were shocked to hear the news of Sushant Singh Rajput’s untimely demise. While the investigation is still on regarding his death, this Monday couldn’t have gotten any gloomier as we remember the last actor. The 34-year-actor amassed a lot, both tangible and intangible -love, while he was alive but sadly passed away, and then reports of his depression made the news.

Sushant has been termed a cheerful guys by those who know him. They have time and again stated that SSR was such a person who was sure to bring a smile to your face and intrigue you with his immense knowledge about many things, including space, films and more.

Today, on the occasion of Sushant Singh Rajput’s first death anniversary, we tell you of the many tangible things the actor had while alive, but alas, it failed to help him when he neared his untimely and shocking death.

Aamir Khan Opens Up About Starring In Viswanathan Anand’s Biopic, Gets A ‘Weight Gain’ Joke From The Grandmaster

Remember Akshay Kumar Beating The Undertaker In Khiladiyon Ka Khiladi? The Actor Accepts Being A Cheater

Known for his passion for space travel and aviation, Sushant Singh Rajput was reportedly working towards getting his flying license. The first goal on his bucket list of 50 things he wanted to do, SSR, is said to have bought a Boeing 737 Fixed Base Flight Simulator to be a pro at it. As per flightsimcenter.aero, the flight simulator is an expensive purchase and is estimated to cost around ₹10,000,000.

Another thing he ticked off his 50 things bucket list was to see and explore the Andromeda galaxy. He did this by investing in a powerful telescope – Meade 14” LX-600 – a highly advanced telescope in 2017. It was reported that SSR enjoyed observing Saturn rings and Jupiter moons. As per skiesunlimited.com, the telescope cost $8799.00 (approx ₹6.44lakh).

Another way we know of Sushant Singh Rajput’s love for space is by him purchasing a piece of land on the blind side of the moon. He was the first Bollywood star to own a piece of land in a region called the Mare Moscoviense, or the ‘Sea of Muscovy’ on the moon. Though the price of this real estate is unknown, we know it something just a few people across the globe can afford.

Besides spending quite a lot on completing his dreams of flying and space, Sushant also invested his money in cars and bikes. The late actor owned a BMW K1300R, a Maserati Quattroporte and a Range Rover. Talking about buying the Maserati Quattroporte, SSR had once said, “I’ve been playing with the miniature model of this car since I was a kid. It was about time to own the beast.”

The BMW bike cost anywhere between ₹19.50 lakh to ₹21.80 lakh (ex-showroom, Delhi). The Maserati Quattroporte falls in a price range starting from at ₹1.64 crore up to ₹1.73 crore. A Range Rover cost upwards of ₹50 lakh and goes well into crores.

8. Chart trajectories of Moon, Mars, Jupiter & Saturn for a week
9. Dive in a Blue-hole
10. Perform the Double-Slit experiment
11. Plant 1000 Trees
12. Spend an evening in my Delhi College of Engineering hostel
13. Send KIDS for workshops in ISRO/ NASA
14. Meditate in Kailash pic.twitter.com/x4jVGp4UJS

Sushant Singh Rajput did tick off some things from his bucket list, but many were still left unfulfilled due to his shocking and untimely death. At the time of his demise, the actor was in the process of getting a few more done, including sending 100 kids to attend workshops in ISRO/ NASA, among others. We wish the actor hadn’t left us so soon, as we believe whatever it was that pulled him down in life – despite which he still made others smile – all he need was some positivity to break through from it.

Today, as our hearts are filled with sadness, and we know the void Sushant Singh Rajput left behind may never get filled, we ask all to keep you dear ones close and confine in them so that you never are lonely ever again. A lonely heart can never be filled with materialistic things, and this is visible as despite having investments and purchases worth lakhs and lakhs of rupees, the actor was said to be lonely toward his end.

While reports state that he took his life owing to depression, the investigation behind the cause of his death is still underway.

We dearly miss you, Sushant. May your soul rest in peace.

Must Read: Rhea Chakraborty Says There’s No Life Without Sushant Singh Rajput & Showik Chakraborty Feels His Life Is Empty Without Him

The post Sushant Singh Rajput Owned A Flight Simulator Costing 1 Crore, Telescope Worth 6.5 Lakhs & Many Things Proving Him To Be A Smart-Spender! appeared first on Koimoi.

One constable, civilian killed as naxals open fire at police…