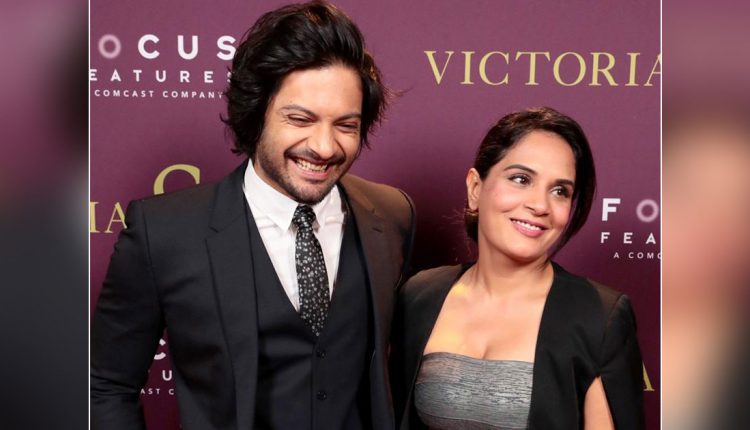 Some films are special forever, not just for the audience but for the actors starring in them as well. As the first instalment of the super hit comedy Fukrey completes 8 years on the 14th of June this year, Richa Chadha has shared a funny video titled ‘life lessons from Bholi’.

She also shared a story on her Instagram, saying Fukrey will forever be special because that’s where she met her partner Ali Fazal. They went on to do Fukrey Returns together and are will next be seen in the third instalment of the film franchise with the rest of the cast.

Reportedly, their romance bloomed after the second instalment had been filmed. While both Richa Chadha and Ali Fazal are established artists as well as producers who’ve each carved a niche for themselves, together they are without a doubt a force of strength, love, compassion, and for the entire world.

She mentioned how it was Fukrey sets where she met Ali, saying “And also met a boy from my own planet” calling that time as the “Pyaar Dosti” phase.

Richa Chadha concluded by being grateful saying “things happen in strange ways… unknown to us, our lives are shaped by forces we never pay attention to”.

Must Read: Aamir Khan On ‘Lagaan’ Completing 20 Years: “Started Relationships That Have Lasted Over Two Decades…”

I’d rather be acting than playing myself on TV: Kalki…