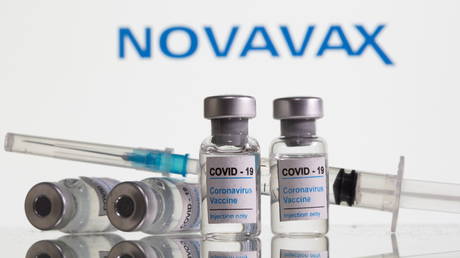 US biotech firm Novavax has announced the results of a successful phase-three US and Mexico trial, with their Covid-19 vaccine proving more than 90% effective against a variety of virus variants.

In a press release on Monday, Novavax published long-awaited trial data from a phase-three study in the US and Mexico which suggests that the shot is 90.4% effective against Covid-19.

The shot, which has yet to be granted approval anywhere in the world, proved to be 100% effective in preventing severe and moderate Covid-19, with all hospitalizations occurring in the trial’s placebo group.

The study, which involved nearly 30,000 volunteers, provides the necessary data for the firm to file for emergency authorization in the US and elsewhere in the world.

The vaccine, which is administered in a two-dose regimen, proved to be 93% efficient against predominantly circulating ‘Variants of Concern’ and ‘Variants of Interest’ as well as being 91% effective in high-risk populations.

The company adds that the jab was “well-tolerated” and that severe adverse events were low in number and balanced between vaccine and placebo groups.

Novavax’s US and Mexico trial data had been highly anticipated after the company released positive data from a UK-based trial in January. The vaccine was 89.3% effective in the British trial.

While the shot will be produced around the world, including in the UK, it is anticipated that the Serum Institute of India will be responsible for manufacturing a substantial portion.

Covax, the international vaccine-sharing program, which procures jabs for some of the poorest nations in the world, signed a deal with Novavax in May for 350 million shots.

White House claims Kamala Harris is being sabotaged from…