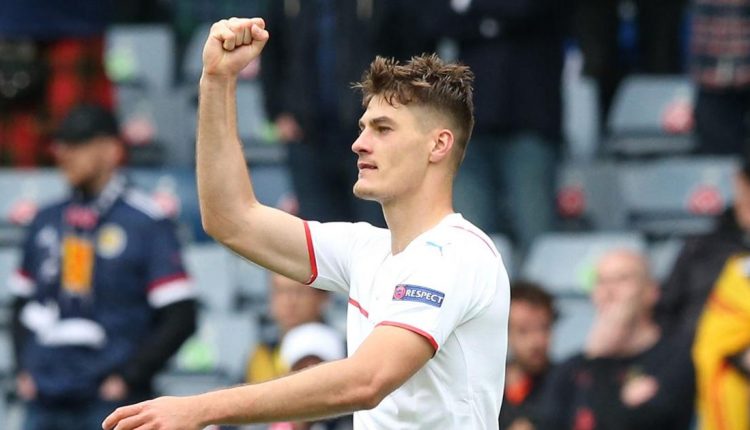 Scotland’s long-awaited return to a major international tournament was ruined by Patrik Schick’s slick finishing as the Czech Republic won 2-0 at Hampden on Monday to move top of Euro 2020 Group D.

Schick’s header just before half-time opened the scoring, but it was his stunning strike from just inside the Scotland half after the break that will live in the memory as one of the all-time great European Championship goals.

After a 23-year wait to qualify for a major tournament, Scotland’s hopes of making more history by getting out of the group for the first time now look slim.

🇨🇿 Patrik Schick with an effort that will go down in EURO history 🔥#EURO2020 pic.twitter.com/BqINLIPSMH

Steve Clarke’s men face England next on Friday at Wembley before hosting World Cup finalists Croatia at Hampden on June 22.

Playing in front of fans at Hampden for the first time since November 2019 with 12,000 in attendance, Scotland made a nervous start.

David Marshall was the hero of penalty shootout wins over Israel and Serbia to qualify and was needed early on to turn Schick’s powerful effort at the near post behind.

Jennifer Lawrence With A Champagne Glass, Jumping Chairs In A Sensual Glittery Dress Defines ‘Monday Mood’ For Many Of Us!

CPI-M slams Modi, asks where is Lokpal, wants probe into…

Watch: Why did over 3000 blackbucks cross the road in…