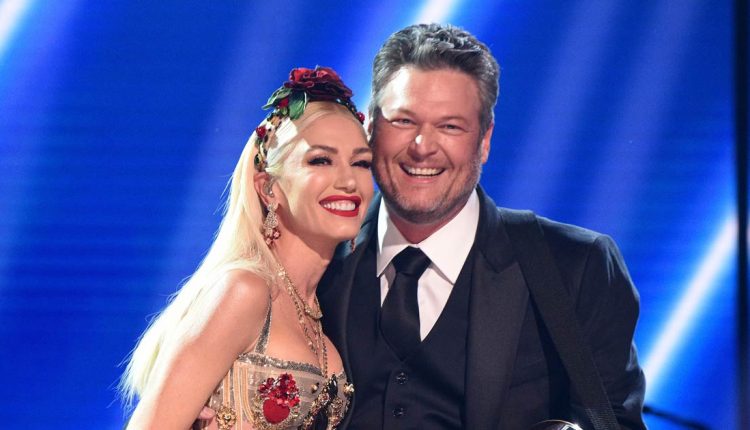 Blake Shelton and Gwen Stefani have been setting relationship goals ever since 2015. They met on the sets of the singing reality show The Voice in 2005. Since the two have been dating a long time and rumours were also rife that they will get married amidst the coronavirus pandemic.

Speculations suggested that the couple was planning to get married in a private affair amid the lockdown. However, later the singer squashed the rumours claiming that the two are not in a hurry to get married and they are ready to tie the knot after the pandemic.

Gwen Stefani shared a picture of herself on Instagram clicked by a friend. She captioned it, “She’s getting married,” but eagle-eyed fans are wondering whether she already got married secretly. Fans suspect from a recent picture, which went viral, that featured Stefani and Blake Shelton in Santa Monica, California, with her 7-year-old son Apollo. Gwen’s rings also dropped some hints.

Jennifer Lawrence With A Champagne Glass, Jumping Chairs In A Sensual Glittery Dress Defines ‘Monday Mood’ For Many Of Us!
Friends Banned Commercial Ft Courteney Cox Refusing To Strip Down To Underwear Is Hilarious!

‘Just a Girl’ singer was not only wearing a massive engagement ring but also sporting a sparkling diamond wedding band on her ring finger just below the engagement rock. Considering the two have always been candid about their wedding plans, Stefani’s wedding band definitely comes as a shocker. Take a look at the picture below:

Last year, reports revealed that Blake Shelton and Gwen Stefani have moved into their new family home in Encino in the San Fernando Valley of Los Angeles after staying together in Oklahoma for a while. She has moved into Blake’s property which he brought in 2009.

As per a report by US Weekly, Blake’s property is worth a whopping $13 million. A source has revealed to the publication, “They are very happy to be settled at last in their family home. Gwen wanted to be moved in for the start of the school year, even though the kids are doing school at home because of COVID-19. The loved-up couple’s new abode is said to be ‘very warm and inviting with a lot of space for the boys to tumble around and get dirty.”

Another Pr**k in the Wall? Roger Waters chews out Mark Zuckerberg for wanting to use Pink Floyd protest song in Instagram ad film