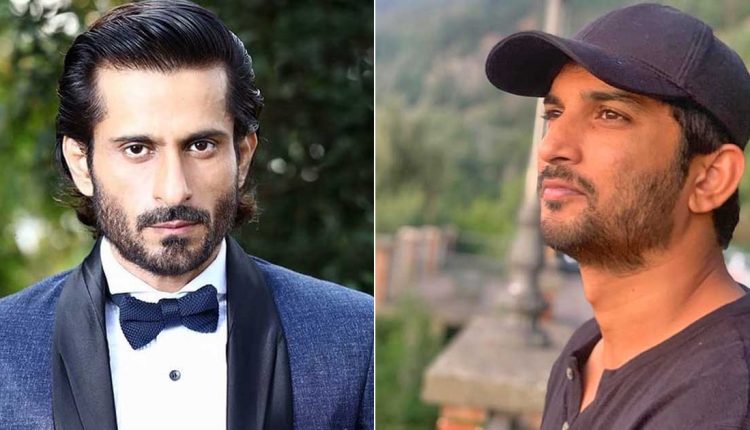 Amit Sarin Talks About Pavitra Rishta 2.0, Says “It Will Be Difficult To Imagine It Without Sushant Singh Rajput” (Photo Credit – Instagram ; Facebook)

Sushant Singh Rajput’s (SSR) portrayal of the loving and dutiful Manav breathed life to the character. His performance in Pavitra Rishta is still etched in our memory. So when reports started doing rounds that Ekta Kapoor is making a web version of the show that will be titled Pavitra Rishta 2.0 it got many emotional. Actor Amit Sarin, who shared the screen with SSR on the show, too sounds emotional talking about the new development. For him, the show can’t be imagined without Sushant.

“It is so hard. He gave life to that character. He was Manav in every sense of the term. So, obviously, it will be difficult to imagine Pavitra Rishta without Sushant. But I guess we need to move on,” he said.

Sushant Singh Rajput’s performance, according to Amit Sarin, added to the popularity of the show and made it a favourite of the audience. He remembers how much fans adored Sushant and the love the late actor used to get. “Look at the kind of journey he had with the show, the appreciation he received, people loved him. And, Sushant was happy too that he could entertain his audience,” he added.

Ankita Lokhande Shares Glimpses Of Her Relationship With Sushant Singh Rajput In An Emotional Video & It’ll Leave You Teary-Eyed!

Ankita Lokhande in all probability will reprise Archana’s character and Harshad Chopda might portray Manav in Pavitra Rishta 2.0. Amit, who is at the moment based in Los Angeles, has also been approached.

“I want to do this show… forget the logistics, I have to be part of Pavitra Rishta, I love that show. I will try and work it out for sure if things fall into place,’ he said. Talking about how much he misses Sushant, Amit recalls spending time with the actor on the set of the show. SSR died on June 14 last year and today is his one year death anniversary. Amit said the news of SSR’s death was “was shocking and unexpected”.

“Knowing him, the last thing that would come to one’s mind , which was initially that he committed suicide was unbelievable. And I was like, oh my God! How’s that possible. He was full of life, he saw life in a different way, his smile was contagious and so joyful. It was unbelievable and then other theories started coming in, before it got settled, it was getting more disturbing… I just hope the case reaches a closure soon and Sushant and his family get justice,” he concluded.

The post Amit Sarin On Pavitra Rishta 2.0: “It Will Be Difficult To Imagine It Without Sushant Singh Rajput” appeared first on Koimoi.

Ananya Panday Announces Running Out Of Captions But Says, “I’ll Be Back”