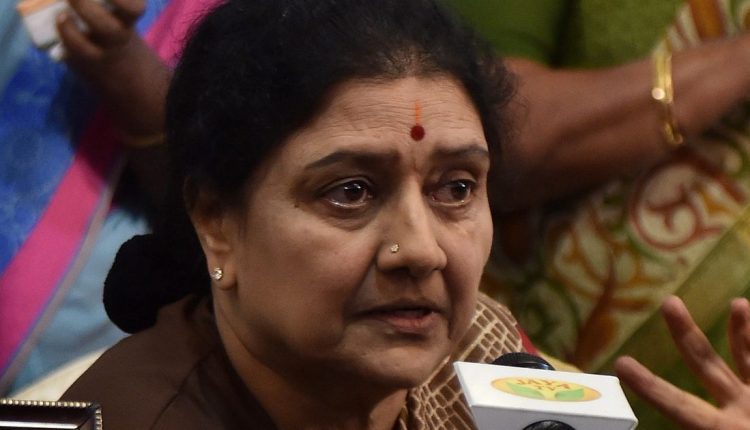 AIADMK spokesperson V Pugazhendi, former minister M Anandan, former Member of Parliament VK Chinnasamy were among those who have been expelled, according to The Hindu.

The AIADMK also passed a resolution calling for action against any member who speaks with Sasikala, who is a close aide of former Tamil Nadu Chief Minister J Jayalalithaa.

Ahead of the Assembly elections in Tamil Nadu, Sasikala had announced that she was quitting politics. She was expelled from the party in 2017. However, audio clips on social media, in which Sasikala was purportedly speaking to AIADMK cadres, hinted at her possible return to the party. The conversations were verified by Janarthanan, the personal assistant for Sasikala’s nephew and Amma Makkal Munnetra Kazhagam General Secretary TTV Dinakaran.

In one of the clips, Sasikala could be heard saying that she will take the AIADMK on the path advocated by the party’s founder MG Ramachandran and Jayalalithaa.

On Monday, the AIADMK called her telephonic conversations a “drama”. “The party will never destroy itself for the desires of one family,” the AIADMK said in a statement.

The statement said that Sasikala, who decided to stay away from politics, wants a re-entry as the…

Looking forward to work with Dhoni, says Kumble on T20Is