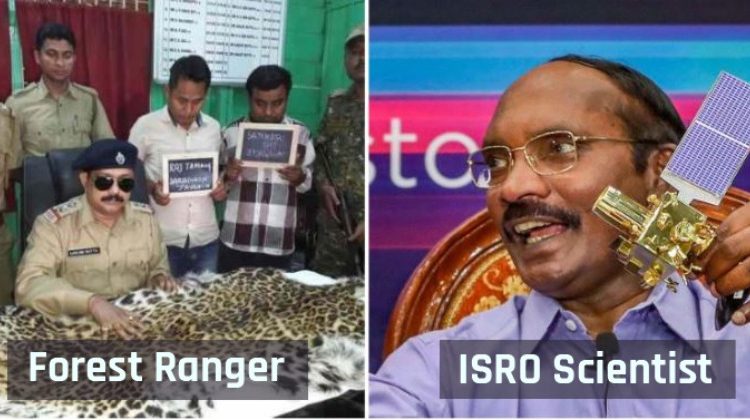 When one mentions the term Sarkari Naukri, most people will picture the quintessential government employee from that famous series Office Office starring Pankaj Kapur as Mr Mussadi Lal, who is an aam admi facing the wrath of people working in a government office.

Trust me, we all have grown up listening to the tales of how an uncle employed in the LIC or the SBI is enjoying the perks even after retirement and that a corporate job will never give you that kind of respect which comes with a government job.

However, there is more to this tag than mere white-collar jobs requiring you to sit at a desk and work from 9 to 5.

Here are some high-risk government jobs which are not just cool but extremely rewarding for anyone who dares to take them up:

We all have watched enough movies to get an idea of how the life of a secret agent or an undercover cop is layered with risks.

While the adrenaline rush is an advantage for some, this job is extremely tough and requires you to risk your life in the name of national security.

Not all engineers go to IIM’s or land up a software job.

Some of them have the passion to do some mad research and contribute to the country’s military technology and that’s where this dynamic profile comes into place.

The risk is not physical as such but your research contributes to the future of technology so, naturally, the recruitment process is tough.

Another extremely high potential and risky government job out there.

ISRO is the national space agency and the reason behind India’s success in the space technology world.

Being a scientist here means you carry a lot of trade secrets and while that’s thrilling, it is an extremely rewarding service to contribute towards the country’s bright future.

No amount of justification can probably explain the daring and the risky nature of this commendable job which constitutes not just the Indian Army, but our Navy, Air Force and even our brave coast guards.

The wonderful brave defence personnel who are working day and night for the protection of this country are the very reason we get to sleep in peace.

This government profession is also for the daring at heart. As the name suggests, your job as a forest ranger mostly consists of you guarding and protecting the flora and fauna, the wildlife and even the tribal life of the area designated to you.

One needs to hold a bachelor’s degree in a field related to Zoology, Agriculture, Botany or anything from this field and clear the Forest Reserve exam ( both written and physical).

You get to live in the lap of Mother Nature, travel to lands restricted to the general public, while protecting the land at the same time.

Another important government job related to the field of national security, an IB officer’s duty includes staying vigilant 24*7, making plans to keep our country safe from outside terror activities and threats and predict future attacks.

One needs to clear the UPSC exam to be recruited by the ASI and work as an archaeologist in India.

The main risk that one faces is saving the origins of any piece of the history they touch or research. This is a very satisfying government job for people who are passionate about human history and wish to contribute to this field.

Amid COVID19, Defence ministry made special arrangements for…