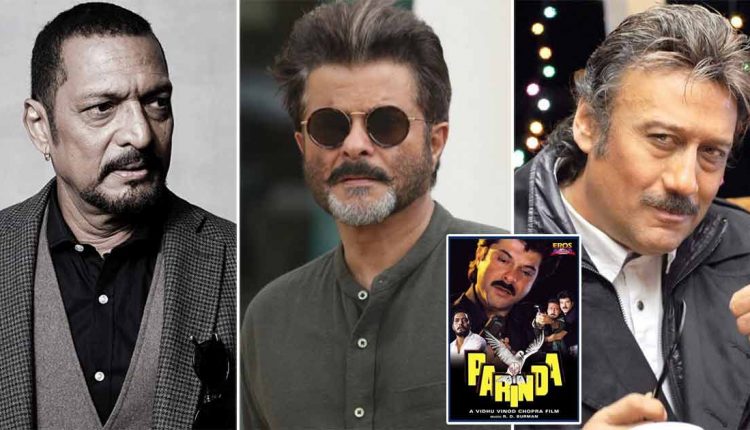 Nana Patekar is known for his brutally honest confessions and statements. Be it making comment on a big shot in politics or the entertainment industry, the veteran actor loves calling spade a spade. One similar instance happened when Nana spoke about how insecure Anil Kapoor was during the making of Parinda.

Anil Kapoor is known for being on good terms with several Bollywood actors and yes, Nana is on that list too. But looks like, the Tiranga actor still has that one bitter incident in his heart. He once spilled it all on how Anil was really insecure about casting him in the film.

A few years back, Nana Patekar had graced Rajat Sharma’s Aap Ki Adalat. It was the host, Rajat, who asked if any actor felt insecure about his casting. Nana said there are many actors, but specifically recalled an incident during the making of Parinda. In the film helmed by Vidhu Vinod Chopra, Nana was earlier approached to play Kishan’s character. It was Anil who asked Vidhu to replace Nana with Jackie Shroff.

After Jackie came on board, Nana Patekar backed out of Parinda. Interestingly, Vidhu Vinod Chopra was keen to work with Nana, so he approached him with another role, Anna. Nana agreed but had one condition that he will design the entire character of Anna.

Parinda, upon its release in 1989, turned out to be a huge success. It was liked by the audience and critics alike. As expected, the audience loved Nana’s Anna as much as the lead characters.

Over the years, Anil and Nana went to do several films together like Welcome and Welcome Back.

The post When Nana Patekar Claimed Anil Kapoor Replaced Him With Jackie Shroff In Parinda Due To Insecurity appeared first on Koimoi.