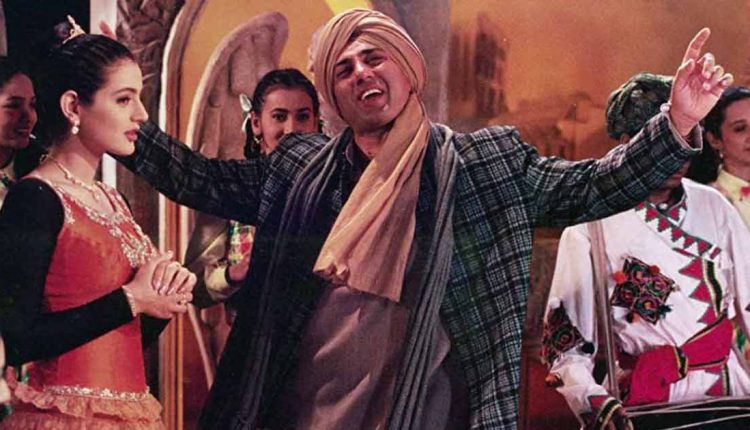 Sunny Deol starrer “Gadar: Ek Prem Katha” is all set to complete two decades of its release on June 15. The actor says that he had the opportunity to play some great characters but there was something special about the role of Tara Singh. He added he did not know that the dialogues and the songs from the movie would become a rage.

Sunny said: “‘Gadar’ is a beautiful love story which has high drama and action. I remember I was in Ooty shooting for a film when Anil Sharma narrated the story to me, I instantly loved the subject. Like always, I went with my instincts and that’s how it all started.”

Talking about his character, he added: “I have had the opportunity to play some great characters throughout my career but there was something special about the character of Tara Singh. He is soft and sweet but can bring the world upside down when it comes to his family and country.”

Rajkummar Rao: Face Of The Common Man, Calibre Of An Extra Ordinary Man
Disha Patani Auditioned For An Ad When She Was Just 19 & So Cute That You’ll Forget Her Sultry Side!

He said that playing this character helped him “break out of a certain comfort zone”.

“That time we didn’t predict that the dialogues and songs of the movie would become a rage. It’s great to be celebrating a 20-year milestone with the country,” he said.

Talking about the film, Sharma said: “This movie to me is like a gift from God. We made ‘Gadar: Ek Prem Katha’ with the hope to give the audience an epic love story, one for the ages. Flawless performances by Sunny Deol and Ameesha Patel and innocence of Jeete played by my son Utkarsh Sharma worked wonders for us.

“Celebrating 20 years of ‘Gadar: Ek Prem Katha’ is a very nostalgic affair and it brings back fond memories of working with Anand Bakshi ji, Amrish Puri ji and Vivek Shauq who were integral parts of the movie.”

The post Sunny Deol Celebrates 20 Years Of Gadar: “Didn’t Predict That The Dialogues & Songs Would Become A Rage” appeared first on Koimoi.