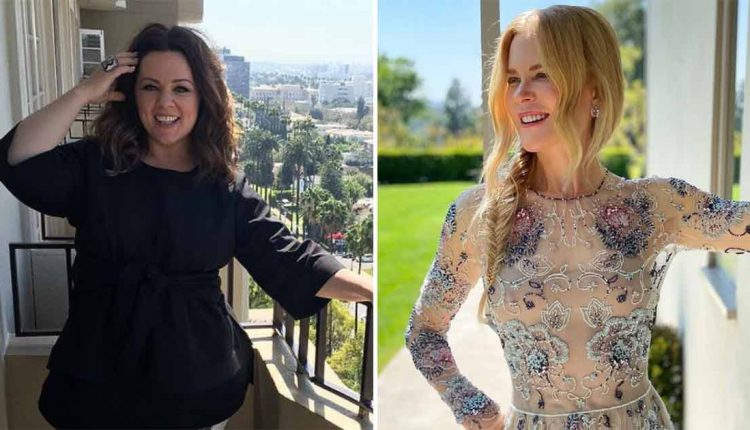 Nicole Kidman and Melissa McCarthy team up for the first time in the new web series “Nine Perfect Strangers” based on The New York Times bestselling book of the same name from Australian author Liane Moriarty. The trailer and first look images of the eight-part drama series dropped on Saturday, and the show is scheduled to premiere on August 20 worldwide including India, but not in the US and China.

Filmed on location in Australia, the drama is set at a boutique health-and-wellness resort that promises healing and transformation. The series traces the story of nine stressed-out city dwellers looking for a better way of living. Kidman plays the resort director Masha (Kidman), a woman on a mission to reinvigorate tired minds and bodies. However, the protagonists have no idea what is about to hit them.

Fast & Furious Star Vin Diesel Talks About The Saga Ending: “This Franchise Was Born From The Pavement”
In the Heights Starts Slow, A Quiet Place Part II Set To Beat Godzilla vs Kong – Box Office Update

The first three episodes stream on Amazon Prime Video on August 20, with subsequent episodes being added over the next five weeks.

After over three decades in films, actress Nicole Kidman feels she still has a lot to do and hopes her best is yet to come.

Now, Nicole Kidman is looking forward to taking up some unexpected projects.

“I’m willing to go and work on something that’s got a really, really low budget and doesn’t have the money to pay you and just get in there and do it. It’s why I do things like ‘Destroyer’,” she said.

Nicole Kidman continued: “When I went to Belfast (for ‘The Northman’), I was pretty scared. People were saying, ‘Oh my God, if you go, you’re going to get COVID’. So I was really frightened, but at the same time, I had this sense of duty and I had this sense of ‘this is what I do’. I’m a creative being who shows up and I put on as much protection as I could and so I did the production and we were all safe and I went, ‘OK, let’s go’.”

Kidman will soon star as Lucille Ball opposite Javier Bardem in “Being the Ricardos”. Aaron Sorkin’s drama is about one week during the making of an episode of “I Love Lucy”.

“I was like, ‘Yeah, I would love to give it a go’. With Aaron’s words and his direction and Javier… that’s kind of a wonderful prospect too, you know. But yikes, off we go. Give it a go. Try my best — see if I can do it,” Kidman said.

“I love Lucille, having looked now and delved into her,” Kidman says. “She’s an amazing woman. I’m very excited for people to see what Aaron found out about her and the way he’s interpreted Desi and Lucy and the way that it’s so rich. I didn’t know any of this,” she added.