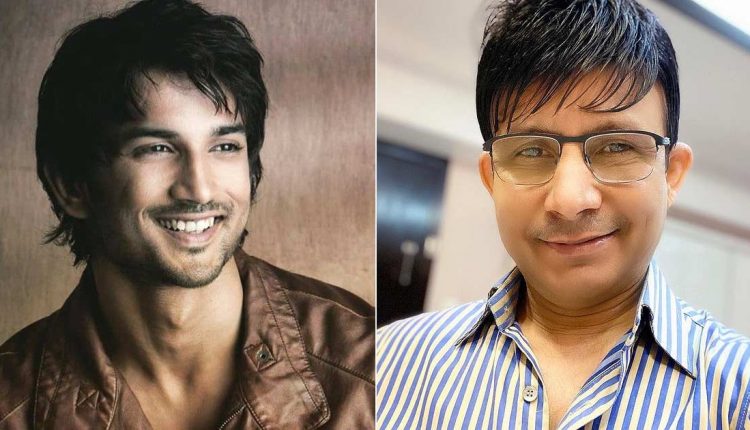 In his war with Salman Khan seems like the self-proclaimed critic Kamaal R Khan aka KRK, is not going to calm down anytime soon. After his reply to Mika Singh yesterday, he once again came for his ‘Bollywood Ka Gunda Bhai’ and took a dig at him referring to the late actor Sushant Singh Rajput. He said Bollywood cannot win this time, and he won’t die.

If you are unaware, it was after KRK, in his review for Radhe: Your Most Wanted Bhai, accused Salman of money laundering, that the actor slammed him with a legal lawsuit. But that didn’t stop Kamaal R Khan from continuing his activity and giving out wild statements about the Bollywood superstar. In his latest rant, Kamaal has said that he will make Bollywood Ke Gunde Bhai a TV actor. Read on to know everything you should about the same.

Why ‘Boycott Kareena Kapoor Khan’ Trending? Here’s All You Need To Know

Sushant Singh Rajput Rejected 5 Films – Kabir Singh, Befikre & The One With Kriti Sanon Will You Surprised!

Adding his thoughts to the outsider-insider debate, KRK continued, “Whenever an outsider becomes famous, then all the Bollywood people come together like gangsters to corner him to finish. And again they are doing the same thing against me. But this time they won’t succeed. Instead they will regret it for lifetime. These Lukkhas can’t finish me.”

Must Read: Bhuvan Bam Posts An Emotional Note After His Parents Succumb To COVID: “Was I A Good Son?”