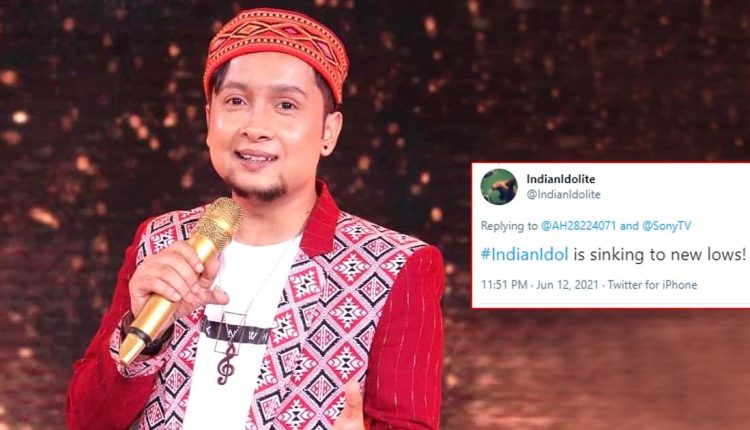 Trouble for Indian Idol 12 makers isn’t ending anytime soon. The show has been in a soup ever since its beginning. Things took a heated turn when Kishore Kumar’s son Amit Kumar called out the poor performances. Ever since, Sunidhi Chauhan, Abhijeet Bhattacharya amongst others slammed the creators too! The latest controversy is now regarding contestant Pawandeep Rajan during the Himesh Reshammiya special episode.

The ones who follow the show know that Pawandeep is amongst the highly rooted contestants. During the Himesh Reshammiya special episode, most contestants were seen performing on multiple tracks of the singer. However, for Rajan, it was allegedly only one track.

Many Indian Idol 12 viewers took to social media and claimed that the makers have cut the section of Pawandeep Rajan’s second performance. Just not that, they even alleged that partial praises by the judges have also been altered in the final episode.

A Pawandeep Rajan fan began the entire debate on Twitter as he wrote, “What exactly is going on? @SonyTV We are here waiting eagerly throughout the week to listen to pawandeep, the maximum trp provider. In an episode of 90 mins giving him a single song that of 3 mins is height of ignorance! #PawandeepRajan #VoteForPawandeep #WeLovePawandeep.”

To this, a user replied, “#IndianIdol is sinking to new lows!”

“Stop this biasness #IndianIdol The man who’s behind the sucess of #IndianIdol2021, you are keeping him in the stand. Giving him 3 mins out of 90 is a complete act of stupidity! Give him more songs and cash more trps. @SonyTV @fremantle_india#pawandeeprajan #PawandeepRajan,” a social media user tweeted.