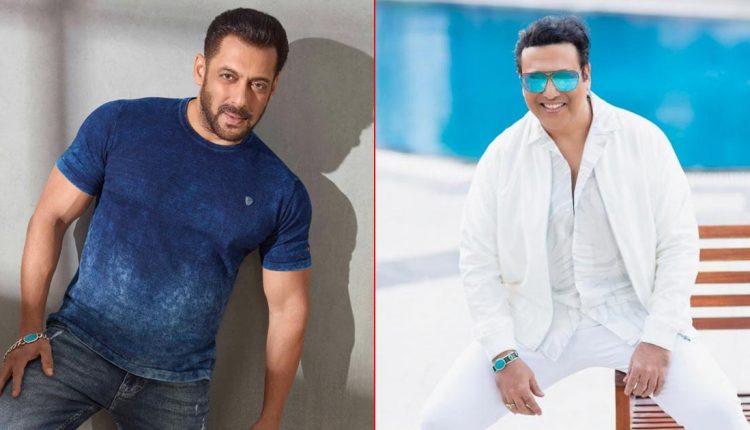 Govinda and Salman Khan’s friendship is well known. The duo has been close friends for years and both have sung praises of each other while speaking to the media. When their film Partner hit the theatres in 2007, audiences went crazy over their bromance.

While it has been 14 years now and both stars were not seen together on the silver screen, they did recently appear on a small screen. The two stars reunited on Indian Pro Music League gave some splendid performances during the shoot of the grand premiere episode of the show.

Now we have come across a video clip of an old interview that showcases Govinda and Salman Khan’s deep friendship. In the video, when Salman asked the Hero No.1 star to name his favourite Khan in the industry, the latter responded he likes veteran actor Dilip Kumar (Mohammed Yusuf Khan), Kader Khan and Mehboob Khan.

Govinda’s response came as a bit of disappointment for the Dabangg actor since he was expecting the former would name either Shah Rukh Khan or Aamir Khan. However, the star took sportively. Take a look at the video below:

However, it is also worth pointing out that there have been several rumours about a rift between Govinda and Salman Khan years later Partner’s release. The Coolie No.1 star had refuted the rumours during a conversation with Rediff.com in 2011. He said, “There is no problem between us so the question of solving it does not arise. Even to have an issue, there needs to be a reason and we do not have any reason to have a fight.”

The 57-year-old star further said, “Just because we did not do any films after Partner does not mean something’s wrong. We don’t always have to be together to remain friends.”

Must Read: When Ranveer Singh Confirmed Shah Rukh Khan’s Claim That He Wore A Padded Underwear In Befikre: “Otherwise I Would Have To Go For VFX From Red Chillies”

The post Govinda & Salman Khan’s Banter In The Old Interview Will Take You By Surprise appeared first on Koimoi.