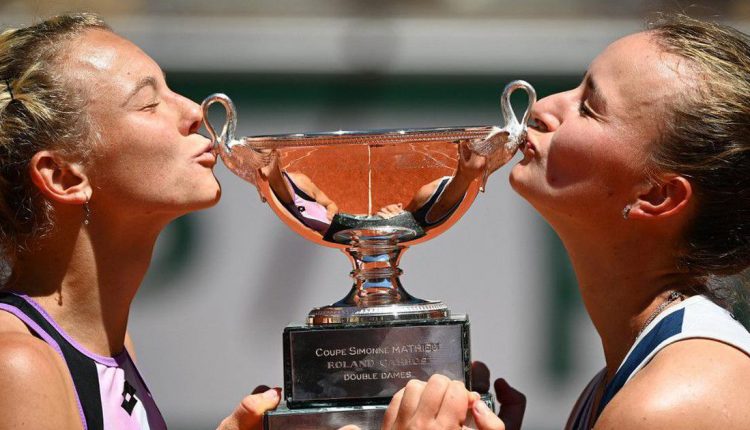 Barbora Krejcikova becomes the first woman to sweep the singles and doubles events at a Grand Slam since Serena Williams in 2016.

Krejcikova and her long-time partner Siniakova beat Mattek-Sands/Swiatek 6-4, 6-2 in the doubles final.

The triumph made it three titles for Krejcikova and Siniakova at Roland Garros, including girls’ doubles in 2013 and women’s doubles in 2018.

Krejcikova is also the first woman to win the Roland Garros women’s singles and doubles title in the same year since Mary Pierce in 2000.

As a result of winning the doubles crown, she has also reclaimed the doubles world no 1 spot.

Kapow! Zap! Splat! How comics make sound on the page

No one will die: Dean Jones on India’s consecutive…