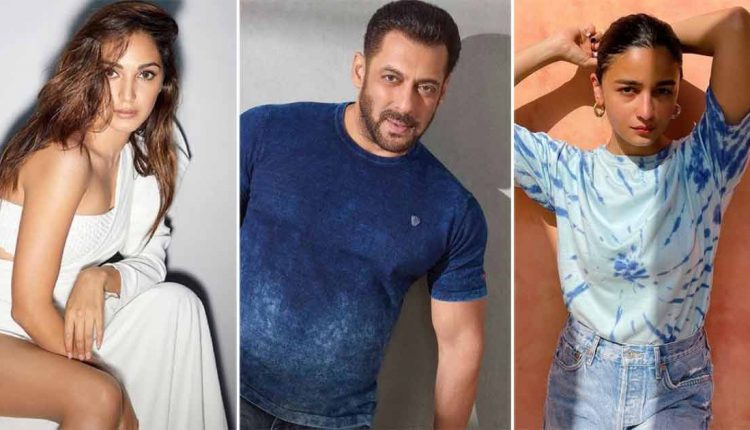 Kiara Advani has completed 7 years in Bollywood today. She marked her debut with the 2014 release, Fugly. Right from her first film, Kiara became a national crush. Thereafter, with each passing film, Kiara proved that she is more than just a typical B’Town beauty. No doubt, she deserves every bit of love she gets from fans but did you know, Salman Khan has a major role to play in Kiara’s career? Here’s all you need to know.

For Kiara, who made her Bollywood debut at the age of 22, Salman Khan has always been a big support. Not just the work advice, but the Dabangg actor had also suggested changing her name. For the unversed, Kiara’s real name is Aaliya.

Salman Khan thought Aaliya name would create a clash with Alia Bhatt and there would be no uniqueness. Speaking about the same, Kiara Advani had said, “Aaliya is my first name. Salman suggested me to change it because of Alia Bhatt because there can’t be two actresses with the same name in Bollywood.”

Rajkummar Rao: Face Of The Common Man, Calibre Of An Extra Ordinary Man
Disha Patani Auditioned For An Ad When She Was Just 19 & So Cute That You’ll Forget Her Sultry Side!

Kiara spilt it all during her appearance on Anaita Shroff Adajania’s talk show.

“Salman suggested the change, but Kiara is the name that I chose. Now even my parents have started to call me Kiara,” the Kabir Singh actress added further.

Well, it seems, Salman Khan’s advice has proved to be beneficial for Kiara!

On the work front, Kiara Advani was last seen in Indoo Ki Jawani. Before Indoo Ki Jawani, Kiara appeared in Akshay Kumar led Laxmii and Good Newzz. She rose to fame with her Netflix series, Guilty.

The post Did You Know? Kiara Advani Changed Her Real Name Due To Salman Khan & It Has A Connection With Alia Bhatt appeared first on Koimoi.