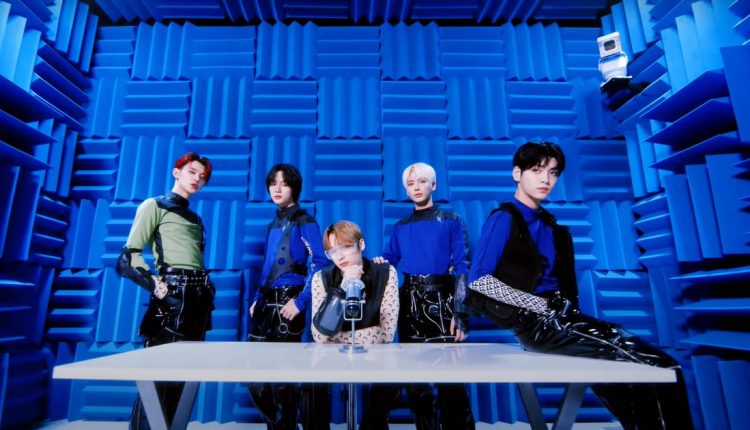 The boy band comprises Soobin, Yeonjun, Beomyu, Taehyun and Hueningkai. The new video depicts the five boys on a mission to save the human race from a world overrun by machines. They manage to rescue people by feeding pirated broadcasts and disrupting the machine network but are eventually apprehended and penalised with the maximum sentence in court.

Nine Perfect Strangers Teaser Out! Nicole Kidman Is All Set To Take You On A Journey To Wellness But There’s A Twist
Joker 2 To Follow Batman: Three Jokers’ Arc, Gotham To Have 3 Clown Prince Of Crime At The Same Time?

The album begins the ‘Chaos Chapter’, which is the band’s second album series following their previous ‘Dream Chapter’ series. It tells the story of a boy who was frozen as a result of the onslaught of the world.

The declaration of a boy’s? Tomorrow X Together love takes musical form in the title track “0X1=LOVESONG (I Know I Love You) feat. Seori”. The song uses numbers to visually represent that in this world of zero, “you” are my one and only.

Must Read:  P*rn Star Dakota Skye Found Dead! Is It Connected To The Backlash She Received For Posing Topless At A George Floyd Mural?

The post Tomorrow X Together AKA TXT’s First English Song ‘Magic’ Is Out & It’s About Saving The Human Race From Machines appeared first on Koimoi.

McCullum a ‘threat’ to us: Aaron Finch