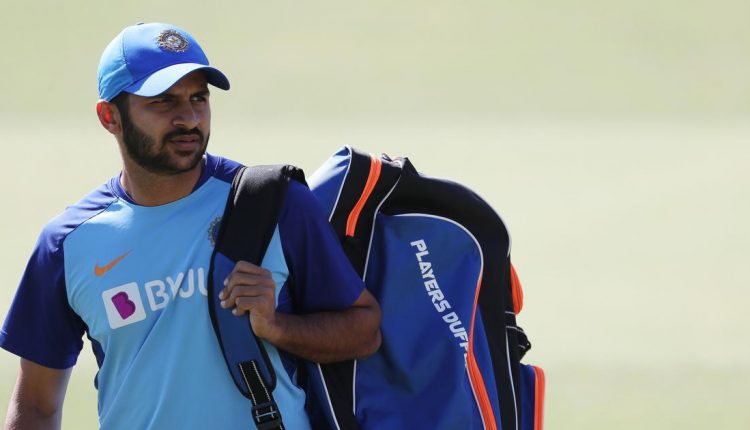 India should look at Shardul Thakur over Mohammad Siraj as the fourth fast bowling option in the side for the World Test Championship final against New Zealand in case of overcast conditions in Southamptom, feels former selector Sarandeep Singh.

Sarandeep, whose tenure ended with the Australia tour earlier this year, has picked Shardul over Siraj because of his batting ability which he displayed very well Down Under.

As things stand, India are likely to go in with three pacers and the spin duo of R Ashwin and Ravindra Jadeja for the final beginning June 18.

“If conditions are overcast, then you can play an extra fast bowler after Ishant Sharma, Jasprit Bumrah and Mohammad Shami. My pick would be Shardul though Siraj has also done very well,” Sarandeep told PTI.

“You will need batting options in the lower order and Shardul gives you that. The ball will do a bit at Southampton and Shardul is good at swinging the ball. He has years of experience in domestic cricket and has a very sharp cricketing mind.

“If a fourth pacer is picked, then Jadeja unfortunately will have to sit out. Ashwin should play as there are quite a few left-handers in the New Zealand side.”

Cuba suspends dollar cash deposits in banks due to US sanctions

In rural India, people are hiding their Covid-19 infection because of mistrust in the health system