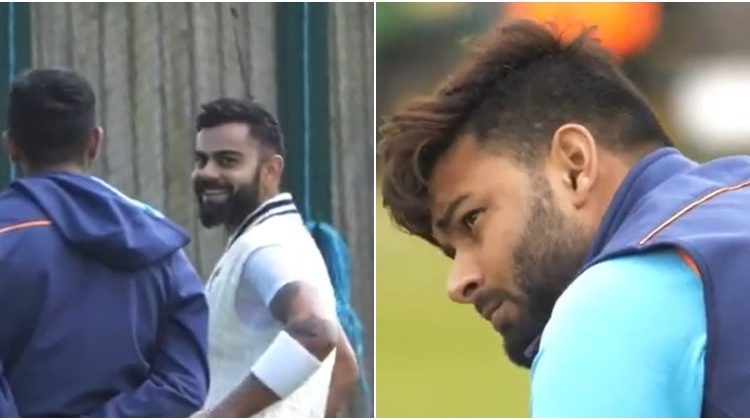 The World Test Championship final is upon us and Team India stars are leaving no stone unturned in preparing themselves for arguably the biggest Test match of their career. In the build-up to the summit clash, the BCCI has also upped their game and has been providing the fans with the videos of players turning the heat during net sessions ahead of the mega clash.

The video of Team India’s first practice session, posted earlier this week after the completion of their three-day mandatory quarantine, had fans comparing it to the next Avengers movie, while the latest clip was met with completely different expectations altogether. Reacting to the video, the fans sought revenge from New Zealand for breaking billions of hearts in the semi-final of the 2019 World Cup.

#TeamIndia get into the groove for the #WTC21 Final pic.twitter.com/KIY1zvjyce

The video features skipper Virat Kohli, Rohit Sharma, Jasprit Bumrah, Cheteshwar Pujara and others going full tilt during the practice session. Wicketkeeper-batsman Rishabh Pant, who starred for India in their historic Test series win Down Under, was at his fluent best while practicing his normal drill of hitting the ball out of the park. From Kohli’s cover drives to Rohit Sharma one-legged-pulls to Pujara’s forward defence everything was a treat to the eyes of every Indian supporter.

The Indian team hasn’t played a single red-ball game since the first week of March while their opposition has already become accustomed to the English conditions, thanks to their ongoing two-Test series against England.

We have had our first group training session and the intensity was high #TeamIndia‘s 🇮🇳 preparations are on in full swing for the #WTC21 Final pic.twitter.com/MkHwh5wAYp

Despite that, they are wary of the Indian team and are not taking Virat Kohli and Co. lightly, hence have made several changes — some forced and some tactical — to their playing XI for the second Test against England. With an eye on the WTC clash, the Kiwis want their players to remain fresh for the biggest Test challenge, which will get underway at the Ageas Bowl Stadium in Southampton on June 18.

The glow up of all glow ups.

From 2008 U19 @cricketworldcup semi-final talents, to #WTC21 final titans pic.twitter.com/hBracC1m52

Kohli has never won any major ICC trophy as a captain at the senior level and he would definitely like to change the history books by becoming the first-ever skipper to lay hands on the World Test Championship trophy.

While Kohli has eyes set on his first silverware as a skipper, his counterpart Kane Williamson, who was ruled out of the second Test against England with an injury , faces a fitness race with exactly a week left for the WTC final to start.