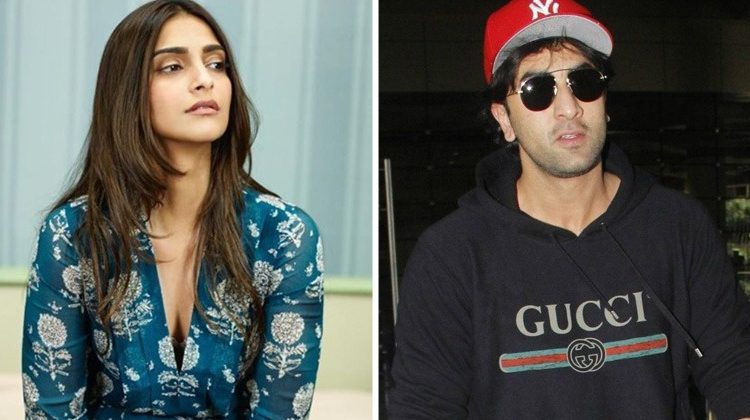 Ranbir Kapoor and his relationships have always been the talk of the town. In his stint in Bollywood, we have seen him having relationships with many of his co-stars and the fans were always eager for him to get married but that never happened.

Sonam Kapoor and Ranbir Kapoor were also rumored to be dating but no one confirmed their relationship and always said that they were friends.

However, Sonam Kapoor had once said that Karan Johar’s chat show, Koffee with Karan had affected her relationship with Ranbir Kapoor. She expressed that what she said on the show affected her friendship with her Saawariya co-star.

Sonam and Deepika Padukone appeared on the show in 2010 and they were asked many questions about Ranbir. Sonam Kapoor said on the show that she wasn’t sure if he would be a great boyfriend.

Later, Sonam told Filmfare in an interview, “Honestly, I’m so fed up with this whole Koffee With Karan thing now that I don’t want to discuss it. Yes, it has affected my relationship. Some people get away with saying something. Unfortunately, I didn’t and I have to bear the brunt of it.”

During the show, Karan asked Sonam what she thought of Ranbir, to which she responded saying, “Ranbir is a great friend but I don’t know if he’s a great boyfriend. I have known Ranbir all my life and as a boyfriend, I don’t know, I mean, she (Deepika) did a great job hanging onto him for so long.”

However, Ranbir Kapoor later expressed how these statements had affected him, he said, “Koffee With Karan started a barrage of negativity in my life, as you must be knowing.” He added that he has no preference and would go on the show with anyone, including ‘Sonam and Deepika together.”

He also said, “I didn’t expect all of the negativity that came with it. Till today, there is so much of negativity that surrounds me. Certain fans of certain actors turned against me but it is fine. I would probably like to win all of them with my work than with just an interview on Koffee With Karan.”

What do you think? Let us know in the comments section below!

Ready to work with Russia, Iran to resolve Syria crisis: US