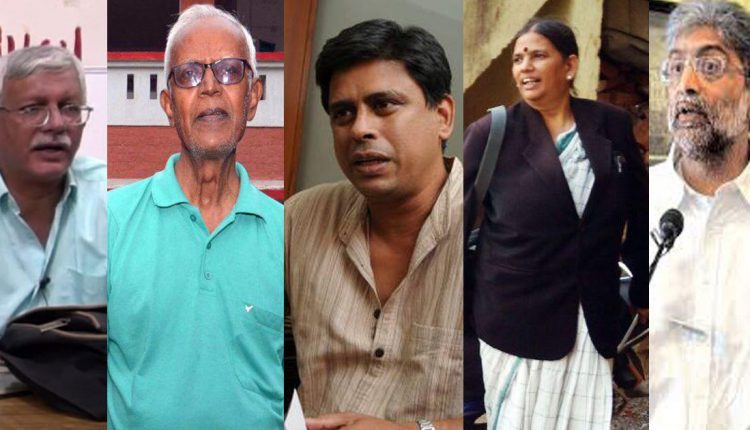 More than 50 foreign MPs, professors and Nobel laureates and 10 civil society organisations on Thursday urged the Indian government to immediately release the activists arrested in connection with the Bhima Koregaon case, in view of the raging Covid-19 crisis.

In a letter to Prime Minister Narendra Modi, Chief Justice of India NV Ramana, Union Home Minister Amit Shah and Maharashtra Chief Minister Uddhav Thackeray, the signatories expressed concern about the deteriorating health of the prisoners due to neglect and unhygienic conditions in jails.

The signatories said some of the undertrials had already tested positive for the coronavirus disease, while the others were at risk of contracting a virulent strain of the virus spreading in India.

“They [the prisoners] will have no access to prompt medical care that is necessary to save lives,” the signatories said. “We therefore urgently seek that the temporary administrative order to release prisoners due to the pandemic be applied to political prisoners in India. We strongly believe that by turning a blind eye to the…