Novak Djokovic vs Rafael Nadal: All the key numbers ahead of blockbuster French Open semi-final 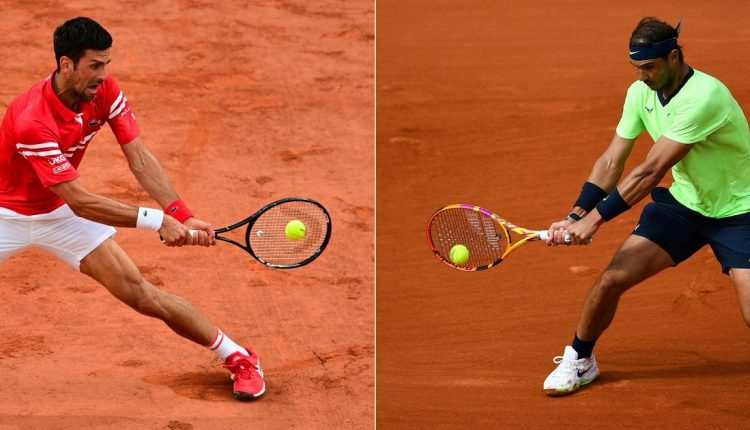 How about this for a contrast: the eight semi-finalists combined in the men’s and women’s draw at the French Open had a total of 78 Grand Slam appearances in the last four previously. Out of this, the four women and two other men accounted for a total of five. A certain Novak Djokovic and Rafael Nadal accounted for 73. The mind, as ever with these two, boggles.

And so we arrive at the main event on Friday. Sure, Stefanos Tsitsipas and Alexander Zverev are in action too but the world is waiting for the most prolific modern tennis rivalry (men’s singles). No two men have met more often than Djokovic and Nadal have on a tennis court in the Open Era and they clash for the 58th time on Friday.

And at the same court where they first met 15 years ago.

Pause, rewind, play: The beginning of the legendary Nadal-Djokovic rivalry

From French Open 2006 to Wimbledon 2018: 10 greatest Grand Slam matches between Nadal and Djokovic

(Scroll across to view all columns in the tables below. All stats for Open Era only)

Most frequent rivalries in men’s tennis

Maoists on the rampage, kill 2 off-duty cops and 3 villagers

Thousands march against Brexit in London