‘Missed Out On A Lot,’ Dravid Shares Own Experience That Led To His ‘Unique Coaching Style’ 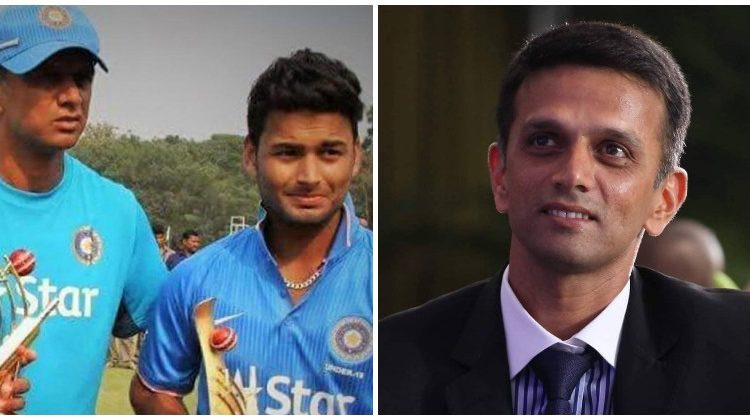 The Board of Control for Cricket in India (BCCI) recently revealed their second string of Indian cricketers who will be representing the nation in ODI and T20I series against Sri Lanka on foreign soil, while the first string will be in the United Kingdom preparing for their Test series against the hosts.

Despite creating a massive roster of over thirty international-level cricketers to be split into two teams, each of which would be capable of going toe-to-toe with the rest of the cricketing world, the talent pool this country enjoys, seems to be endless.

And while hundreds and thousands of people may be involved bringing up such world-class athletes from the grassroots level, one man who trained the best of the best at the U-19 and India A level not too long ago, must be recognised for catapulting them to the next level – Rahul Dravid.

The most successful coach in the history of Indian cricket to have tutored junior players and the India A squad, Dravid had established one rule: ‘If you were selected in the 15-man India A squad, I will make sure you get to play.’

Such a rule goes against the common following of any other typical coach, who would stick to the Playing XI if that meant winning matches for him. Dravid, on the other hand, gave his own example to help us understand this unique coaching style of his:

“I tell them upfront, if you come on an A tour with me, you will not leave here without playing a game. I’ve had that personal experience myself as a kid: going on an A tour and not getting an opportunity to play is terrible,” Dravid ESPNcricinfo’s The Cricket Monthly.

“You’ve done well, you scored 700-800 runs, you go, and you don’t get a chance to show what you’re good at. And then you’re back to square one from the selectors’ point of view, because the next season you have to score those 800 runs again.

“It is not easy to do that, so there is no guarantee you’ll get a chance again. So you tell people upfront: this is the best 15 and we are playing them. This is not about the supposed best XI. At U-19, we make five-six changes between games if we can,” he said.