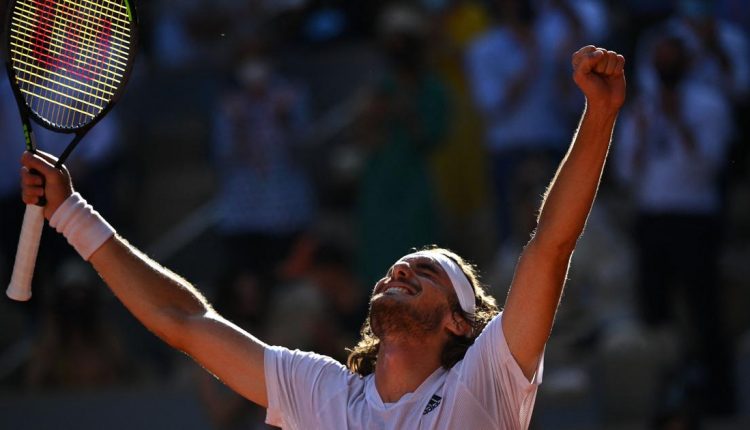 Stefanos Tsitsipas became the first Greek player to reach a Grand Slam final on Friday when he defeated Germany’s Alexander Zverev in a bruising five-setter at the French Open.

However, the 22-year-old will have his work cut out on Sunday – he is 2-7 against Nadal and 2-5 playing Djokovic.

“All I can think of is my roots, a small place outside Athens where I dreamed to play on the big stage at the French Open,” said a tearful Tsitsipas on making his first final at the majors, secured on a fifth match point.

“It was nerve-wracking, so intense, I stayed alive. I went out there and fought. This win means a lot, it’s the most important one of my career so far.”

Tsitsipas took a 5-2 career lead over Zverev into the semi-final and he was the first to pounce with the only break of the opening set in the second game.

The rock-solid Greek didn’t give up a single break point although in an indication of the fine margins, Tsitsipas only hit one winner.

Zverev, bidding to become the first German man since Michael Stich in…

Fresh n-talks with US ‘waste of time’: Iran

Kejriwal to visit Bihar on August 27