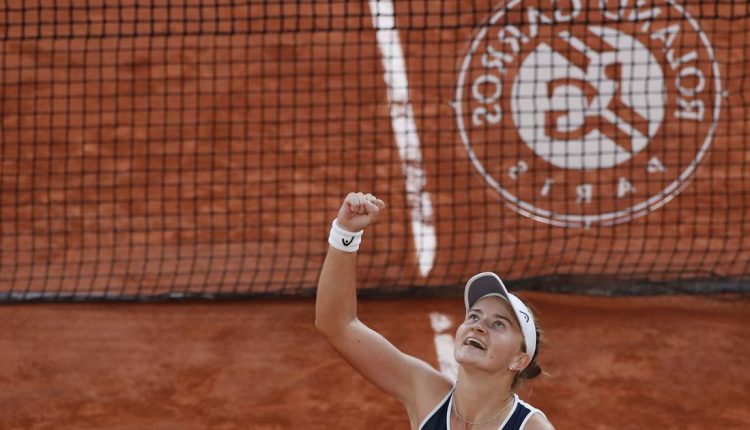 To say Barbora Krejcikova wasn’t a favorite at the French Open would be an understatement. The 25-year-old Czech is playing only her fifth main draw at a Grand Slam in singles and broke into the top 100 only last year, after a fourth-round show at Roland Garros.

Indeed, the world No 33 was perhaps not even a majority pick in her semi-final against 17th Maria Sakkari, especially after losing serve twice in the first two games and then being 3-5 down in the decider.

But the unseeded Czech proved to be an unexpected winner in what turned out to be an unusual semi-final.

She beat Sakkari, the highest-ranked player among the final four, 7-5, 4-6, 9-7, battling for a marathon three hours and 18 minutes. In a nerve-wracking clash of wills that peaked in extra time, Krejcikova fought off a match point, broke Sakkari serving for the match, rallied after a controversial umpiring call on another match point and eventually prevailed to win one of the biggest matches of her young career.

All issues to be discussed with India: Pakistan