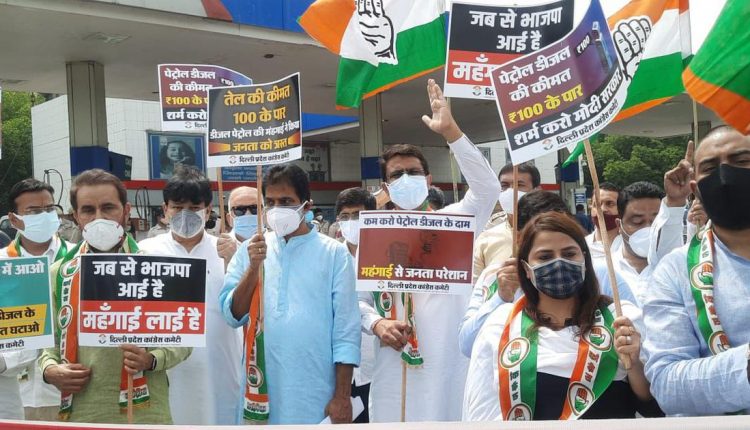 The Congress is holding protests in front of petrol pumps across the country against the rising prices of fuel and cooking gas on Friday. The party is demanding the withdrawal of the price increases.

Visuals showed that the party members took to the streets in various cities, including Delhi, Amritsar in Punjab and Karnataka’s Hubli to protest against the fuel prices. In the national Capital, senior party leader KC Venugopal and Delhi Congress president Anil Chaudhary also participated in the agitation.

Today, Congress leaders are protesting on roads across the country against rising fuel prices. #BJPLootingIndia pic.twitter.com/AFsnfDa5JT

Petrol prices have crossed the Rs 100-mark in several cities…

China about to become top LNG importer this year