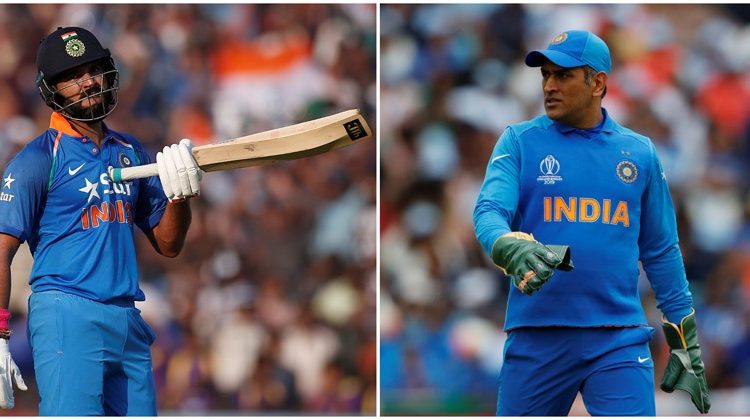 Yuvraj Singh said he expected to be given the charge of Team India for the inaugural World T20 in South Africa but MS Dhoni a relative newcomer to the international circuit — was preferred to him.

Reacting to the decision, Yuvraj Singh said he respected the selectors’ call like any perfect team man would and focused on helping the team in whatever manner he could.

“So, basically, India had lost the 50-over World Cup, right? I mean there was quite a turmoil in Indian cricket and then there was a two-month tour of England and there was also a month tour in between with South Africa and Ireland. And then there was a month of T20 World Cup so there were like four months away from home,” Yuvraj said on the 22 Yarns podcast.

“So probably the seniors thought that they needed a break and obviously, nobody took the T20 World Cup seriously. I was expecting to captain India in the T20 World Cup and then it was announced MS Dhoni will be the captain.

“Yes, obviously, whoever becomes captain you got to support that guy whether it was Rahul, whether it was [Sourav] Ganguly, whoever in the future, end of the day you want to be a team man and that’s how I was,” Yuvraj added.

Throughout their playing careers, Yuvraj and Dhoni were involved in numerous match-defining partnerships, giving Indian fans countless memories to cherish.

However, questions have been raised over their camaraderie — especially after Yuvraj’s father Yograj Singh had alleged that Dhoni and Virat Kohli ‘backstabbed’ his son. Yograj, in the same interview, had even rounded up the then selectors for betraying his son.

“Along with these two (Dhoni and Kohli), I would say that even the selectors betrayed him. I had met Ravi recently. He asked me for a photograph. I called him and pointed out that all great players should get a send-off based on their performances,” Yograj had alleged in an interview with News24.

Known for having not-so-friendly thoughts about Dhoni, Yograj misses no chance of pulling the former India skipper down.

WTF?
Is MS Dhoni responsible for Raydu’s exit or retirement?
What Dhoni done wrong with him??

This man is always embarassing his son Yuvraj Singh who always admire Dhoni.

Shame on you Yograj Singh. pic.twitter.com/NlshYiXubO

I don’t care about 100 experts or Players

For me Yuvi > Dhoni
Bcoz i hate dhoni

Even Yuvraj, in the past, had said that he didn’t get as much support from Dhoni and his successor Virat Kohli as he did under Sourav Ganguly.

“I have more memories of time under Sourav because of the support he gave me. I didn’t have that kind of support from Mahi and Virat (Kohli),” Yuvraj Singh had said in an interview with Sportstar.

Playing under Dhoni, Yuvraj played a key role as India went on to become the first-ever world champions in the shortest format, beating arch-rivals Pakistan by five runs in a thrilling final.

Here’s the nail-biting final over from that thrilling clash ️https://t.co/lKRtdua2Sc pic.twitter.com/xRUbISYJ2M

Against England, Yuvraj established himself as a six-hitting machine when he smashed Stuart Broad for six maximums in an over and brought up the then-fastest half-century in the format off just 12 balls.

Six sixes in an over, and the fastest ever T20I fifty, off just 12 balls! pic.twitter.com/xYylxlJ1b6

US Police investigating after black male shot dead outside…