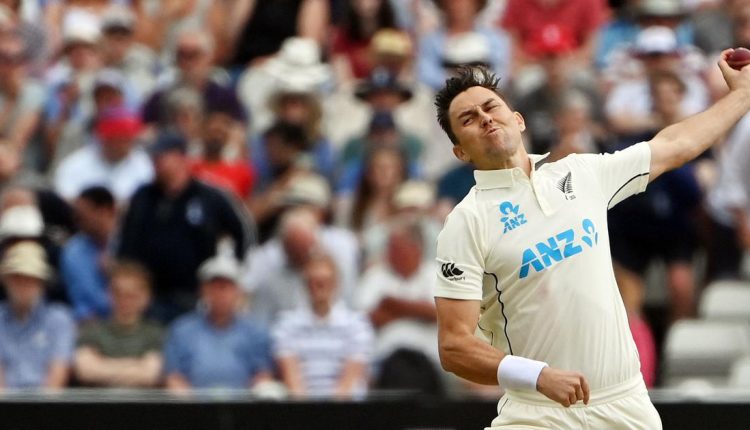 Trent Boult took two wickets in two balls on his return to New Zealand duty before England fought back to be 258-7 at stumps on the first day of the second and final Test at Edgbaston on Thursday.

The hosts were 85-3 and 175-6 but opener Rory Burns’ 81 and Dan Lawrence’s 67 not out ensured the Blackcaps did not dominate entirely.

England’s last two wickets had so far added 83 runs, with Olly Stone (20) and tailender Mark Wood, 16 not out off 58 balls at the close, delighting a crowd of some 17,000 following the easing of Covid-19 restrictions.

But he removed Burns and the luckless James Bracey, out for a first-ball nought to follow his England debut duck at Lord’s, with successive deliveries in a return of 2-60 in 23 overs.

“It’s been quite a tough day, but it was pretty even by the end,” Burns told Sky Sports.

“Dan played really well and got us back in it nicely,” he added.

“They came back hard at us after lunch. It swung a bit more, whether that was…

‘People are dying, so I feel very sad’: Class Five student writes a letter to the Chief Justice

Copa America: Brazil’s Supreme Court gives green light for tournament to be hosted in the country