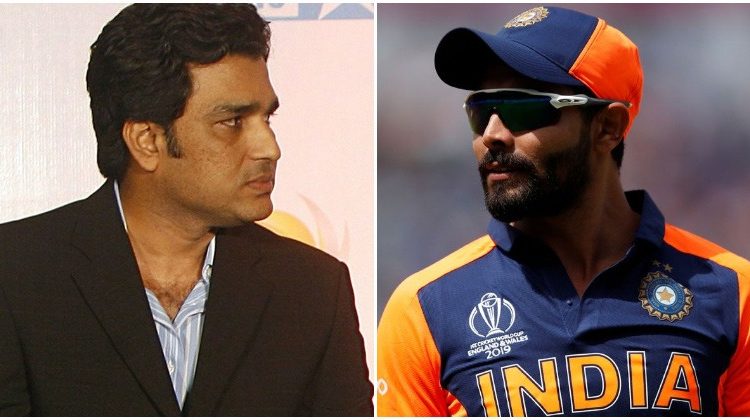 Former Indian cricketer Sanjay Manjrekar, more than his cricketing analysis, is famous for being in the news for all the wrong reasons. Despite facing heavy criticism for his controversial comments about certain Indian cricketers, Manjrekar seems to be in no mood to make amends.

He has once again found himself in troubled waters after a Twitter user shared screenshots of his alleged conversation with the former India batsman in Twitter DMs where he made fun of India all-rounder Ravindra Jadeja’s English.

Ravindra Jadeja was batting on a different pitch to everyone else during #INDvNZ in Manchester! @Oppo | #BeAShotMaker pic.twitter.com/L0JNEvB0au

Manjrekar had faced severe backlash for calling Jadeja a “bits and pieces” player in 2019 and if these screenshots are indeed true, he should be ready for another face-off with the India all-rounder.

“Sad state you are in. Expecting me to worship players like you do… by the way I am not a fan. I am an analyst. And Jadeja doesn’t know English so he did not know the actual meaning of bits and pieces. And surely somebody spelt verbal diarrhoea for him,” Manjrekar wrote.

I didn’t want to share this personal chat in public, even though it’s full to shit. But couldn’t help, coz ppl need to know this side of this man. @imjadeja would be proud of what he did to prove you wrong. @BCCI is this the kind of man you would want in your com panel in future? pic.twitter.com/AUjX301Foz

During the 2019 World Cup, Manjrekar has caused a massive controversy by calling Jadeja as a “bits and pieces” cricketer, someone he was not very fond of at the time.

TIL Sanju Manju can reach new lows. Didn’t know it was possible considering how low and desperate for attention he already was

Rohit Sharma , Gavaskar , Sachin Tendulkar all mumbaikars are all time greats for him . Just added Kohli so that no one gets any doubt. He don’t like south Indian players actually . @sanjaymanjrekar

I’ve hated @sanjaymanjrekar not only as a player but I hate him more as a commentator.

I hope @BCCI will take note.

Mocking Jaddu for not knowing English and some one spelt Diarrhoea for him is right?

A furious Jadeja then took to Twitter to reprimand the cricketer-turner-commentator saying he had heard enough of his “verbal diarrhoea”. In the screenshots which have gone viral, Majrekar also writes that Jadeja probably took an external help to spell verbal diarrhoea correctly.

Still i have played twice the number of matches you have played and i m still playing. Learn to respect ppl who have achieved.i have heard enough of your verbal diarrhoea.@sanjaymanjrekar

Manjrekar’s controversial comments are not limited to Jadeja and it seems he has mastered the art of creating controversy out of thin air. Recently, he was in the eye of yet another controversy when he said that he felt veteran off-spinner Ravichandran Ashwin is not an ‘All-Time Great’ and he has a problem with people referring to him as one of the greats of the game.

“Ravichandran Ashwin, with due respect to him, I think he’s a great guy at what he does, but when people start talking about him as one of the all-time greats, I have a few problems with that,” Manjrekar said in a video conference by ESPNcricinfo.

“One basic problem that I have with Ashwin is that when you look at SENA, the countries for batsmen and bowlers, places where Indians find themselves outside their comfort zone – it’s amazing that he doesn’t have a single five-wicket haul. Not one five-wicket haul in all these countries,” he added in the video.

IPL 13: We are dropping sitters and it hurts, says Kohli…