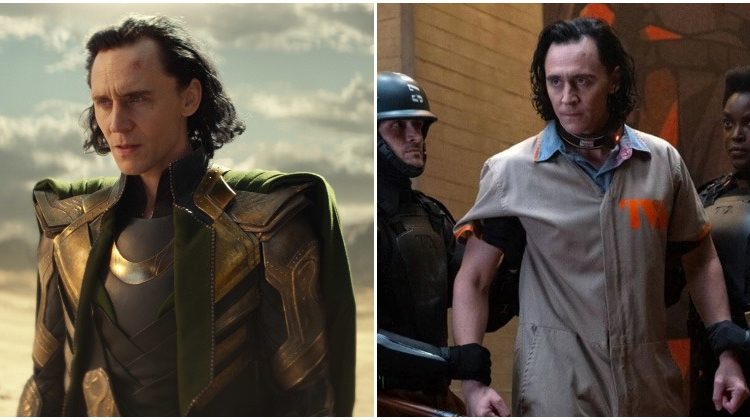 People who have seen the first episode of Marvel’s latest mini-series, Loki, or who are aware of the Time Variants Authority, or TVA, will know what happens to people who break their respective timelines.

For those who haven’t seen the show, people who change the course of time because of their actions, are called Variants. Remember, Loki stealing the Tesseract in Avengers: Endgame? Well, he changed the course of time, and thus became a variant.

Now, an eagle-eyed viewer took to Twitter, and shared a very interesting observation. When Loki was trying to escape the TVA, and was seen playing with the time-teleportation device, a few characters appear on the screen, and walk right off.

A majority of the people who have seen the show, and who have followed the messed up timelines in Marvel very closely, believe it to be Peggy Carter.

If you’re planning to scrub through the timeline to look for that particular scene, we will save you the trouble. You should be looking around the 34:00 minute mark.

Now, there are a couple of theories, why it may indeed be Peggy Carter. Peggy was never supposed to end up with Steve Rogers. Going by what happened at the end of Endgame, Rogers & Carter, both become variants.

If this is indeed true, then Rogers’ timeline may be up for a reset, which means, that there is a possibility, albeit a very slight one that Steve Rogers returns as Captain America.

Not everyone agrees with this theory, but hey, this is a pretty plausible one as far as fan theories go.

The response to the user’s tweet, were equally interesting.

THIS WAS THE ENDGAME PEGGY WAS MEANT TO HAVE. NOT WITH STEVE. pic.twitter.com/MNFgfpjkNM

It is her,by the way she walks and bye her hairstyle she is always walking with but it’s weird that it takes place in 2012 and Peggy was born before WW2 so she like 70-100 so yes but most likely no

Funny, but what if it were true?

It is her,by the way she walks and bye her hairstyle she is always walking with but it’s weird that it takes place in 2012 and Peggy was born before WW2 so she like 70-100 so yes but most likely no

If this is https://t.co/tne3OsVycR means Peggy could show up in another mcu movie.

A different reality, but interesting nonetheless.

Say what you will, but Loki is already shaping up to be a heck of a mini-series. No wonder that Marvel fans are going crazy over how the makers are completely decimating what we think we know.

‘Girls Talk With Boys On Mobiles & Run Away’ Says UP Women’s Commission President, Gets Trolled

Davinder Singh, 3 others produced before NIA court in Jammu

India hits out at Pak for unilaterally suspending postal…