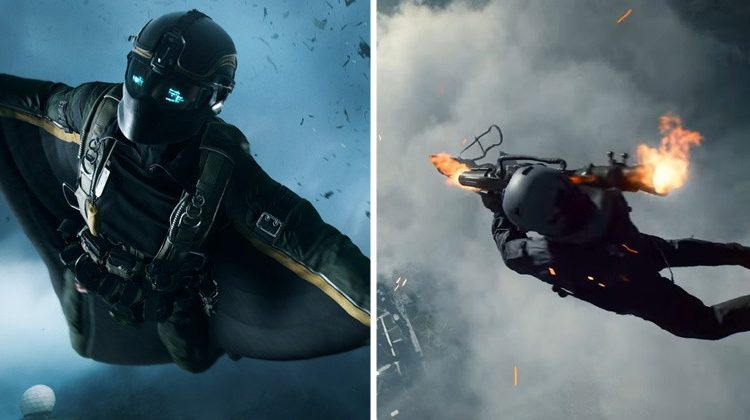 Battlefield 2042 has finally been unveiled with a teaser trailer that embraces a new modern setting and is focused mainly on online multiplayer.

The game will not have its single-player campaign and will be available for PC, Xbox Series X, PS5, PS4 and Xbox One.

The game features everything from close-quarters combat and jet dogfighting. Players will also be able to use wingsuits to go vast distances by jumping off mountains, tall buildings and aircraft.

The reveal trailer doesn’t really show any gameplay footage but it did show off things we will be able to do in the game.

In fact, the trailer also showed off a meme where a pilot gets out of an aircraft, shoots an RPG to destroy another jet and get backs into his own jet soon after. A very popular meme from the Battlefield franchise where players could actually do these stunts in Battlefield 3 and 4.

On PS5, Xbox Series X/S, and PC, Battlefield 2042 supports 128-player matches while on the PS4 and the Xbox One the game will only support 68-player matches. Maps on last-generation consoles will also be smaller as compared to the next-gen variant.

In addition, the game will also feature destruction and evolution on a larger scales where players will be able to destroy buildings, make ground deformations. Much like Battlefield 4, 2042 will also have weather states that will change with time and may also affect the maps, except tornados and storms.

Battlefield 2042 comes in various edition and is already up for pre-order on GamesTheShop.

The PC version of the game costs Rs 3,499 whereas the PS4 and Xbox One version cost Rs 3,999. EA will be charging a premium for the PS5 and Xbox Series X versions that will cost Rs 4,500. The gold edition of the game will cost $99.99 which comes with early access to the game, Year 1 Pass, and Cross-Gen Bundle.

The ultimate edition costs $119.99 that gives access to all the benefits of the Gold Edition and exclusive skins.

Divyanka Tripathi Opens Up On Why A Certain Troll Triggered Her, Says ‘Women Are First Targets’