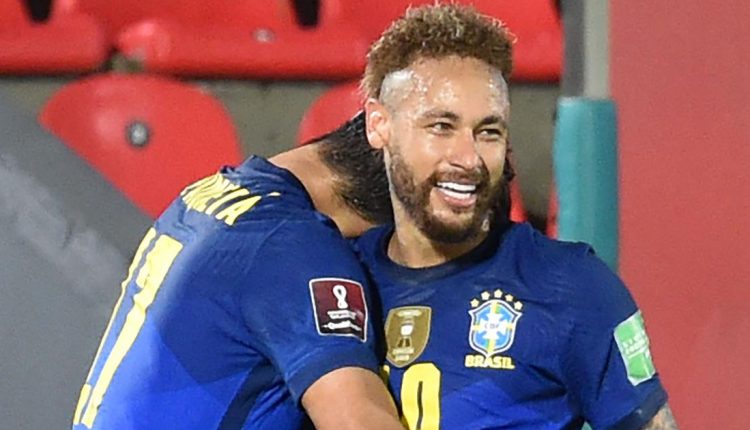 Neymar scored one goal and created the other as Brazil maintained their perfect start to World Cup qualifying with a 2-0 win over Paraguay on Tuesday.

Substitute Lucas Paqueta sealed the win deep into injury time in Asuncion as Brazil opened up a six point lead at the top of South America’s single qualifying group after a sixth win out of six.

Paraguay’s first defeat saw them drop out of the automatic qualification places.

Brazil got off to a quick start with less than four minutes on the clock.

Gabriel Jesus, recalled to the starting line-up, crossed from the right and although Richarlison missed his attempted volley, Neymar was unmarked at the back post to bobble the ball past goalkeeper Antony Silva.

Paraguay did not crumble, though, and center-back Omar Alderete forced an incredible save out of goalkeeper Ederson with a blockbuster drive from 30 yards.

Miguel Almiron also found space in the box but his shot was deflected behind by Eder Militao.

In between, Silva was out quickly to smother a chance for Richarlison.

The Everton forward thought he’d extended the lead just before halftime with a brilliant dipping volley, but he was denied by an offside flag.

Osaka dumped out by Muchova in Madrid Open second round