Kabir Duhan Singh: Only work will get me more work 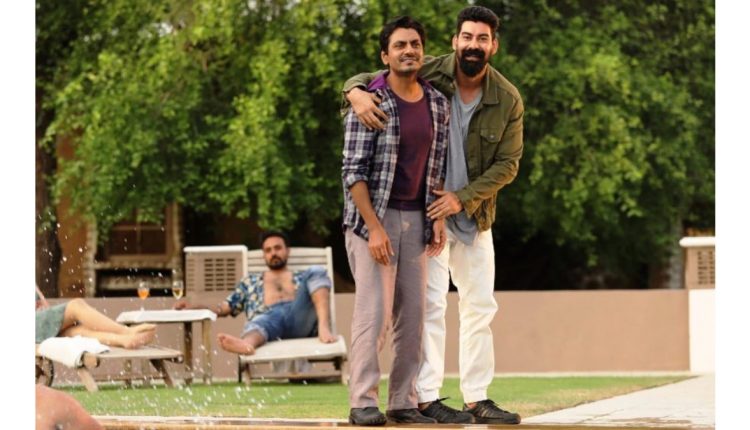 Actor Kabir Duhan Singh has essayed negative roles in many South Indian films and he recently played Raavan in the Hindi web series “Ramyug”. He says he does not fear getting typecast.

“I have no background in the business of cinema, so for me there is no second thought on whether I should start with a South Indian film or wait for a Bollywood film to happen, whether my debut should be as a hero, a hero’s friend or an antagonist. For me, it was only work will get me more work. Perhaps that is why I have equal respect for all kinds of film, regional, Bollywood or crossover,” expresses Kabir.

He is happy to have worked with several celebrated stars in the South, including the Tamil actor Vijay Sethupati, as well as shooting with Nawazuddin Siddiqui for the upcoming film “Bole Chudiyaana.”

“I think at the beginning of my career, working with two iconic actors as Vijay sir and Nawaz sir itself is a blessing and almost like attending acting class. Of course with every film we grow and learn from every senior actor. But when you observe someone whom you have grown admiring to become an actor, it works better,” said Kabir, who has also shared screen space with South stars such as Kichcha Sudeep, Gopichand and Ajith Kumar among others.

He isn’t worried about starting off as an antagonist in the South.

“We have so many examples of actors who started their career in the South like Sonu (Sood) bhaiya, and Vidyut Jammwal, and portrayed negative characters before entering Bollywood and made it big there. I think slowly but surely that attitude towards actors as ‘he only plays villain’ is changing. These days, thanks to OTT, cross-region casting is also happening. So the fear of getting tagged is not there anymore,” said Kabir.

“Having said that, if anything needs to change, I think the media tags us as ‘South Indian film ka villain’ should be changed. If we don’t say ‘North Indian film’, we should also stop saying ‘South Indian film’ with a negative attitude,” said Kabir, who was born and brought up in Faridabad, Haryana.

Drive home your all-new Hyundai i20 with exclusive genuine…