THE INDIAN COMMUNITY IN CHICAGO JUST LOST A RARE GEM

Amrit Bhai Patel belonged to the illustrious Patel family in the US. He was younger brother to Mafatbhai and Tulsibhai Patel of the famed Patel Brothers. He successfully ventured into many businesses and lived an inspiring life. 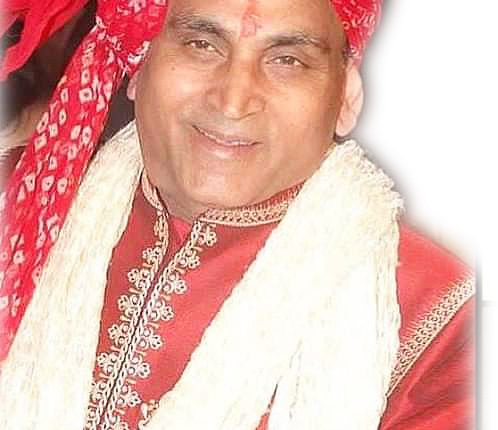 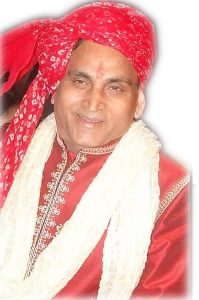 On May 29, Amrit Vittaldas Patel breathed his last, leaving many hearts heavy. He may have lost the battle to a prolonged illness but left behind a legacy of bravery, business acumen and a friendly charm.
Amrit Bhai Patel, came to American as a young man from his hometown of Mehsana in Gujarat.
Back in the 70’s, when there weren’t many business opportunities for Indians, he was able to think out of the box and ideate many different businesses. He had been a pioneer in many ways and was amongst the early thought leaders and brought the concept of Ethnic grocery Business.
He was a man, ahead of his times.
Those who know him, will remember him as someone, who was always full of energy and a million ideas. He was friendly, outgoing and a community man –always there to help anyone. What made him an inspiration for many in the younger generation was the fact that he never shied away from trying new businesses. He was full of optimism about the future.
I still remember, when I met him recently in his warehouse in the Schaumburg area he spoke enthusiastically about his latest flourishing business venture of bringing Indian traditional snacks and savouries to the US. His energy was infectious and he talked about starting something new and scale yet new territories.
It was perhaps this relentless approach towards life and work that made him live a true American dream. Today when we think of him, we are impressed by his versatility. Back in the late 70’s and early 80’s he pioneered a few concepts that were unheard of in the desi community in America. He began with the business of grocery stores and then ventured into American grocery stores – an impressive feat for a young man from India to arrive on foreign shores. He understood the pulse of the community and knew what the people yearned for when they were away from their homelands. He was amongst the ones who began the concept of bringing entertainment shows and concerts from India to America. His business acumen was never settled with one success and he kept on re-inventing, he dabbled in the Motel business and was amongst the earliest proponents of bringing ethnic cultural shows to America. The garba, the dandiya and the culture rich shows that our younger generation can enjoy today with ease in America, is a legacy that was introduced by a few like Amrit Bhai.
While he excelled in all his ideas, one of the most impressive and revolutionary businesses he ventured into was his concept called Amrit Ganga. He set up a bottled water plan in Haridwar to bring bottled mineral water straight from the Holy Ganga to America. The unique idea of having water from ganga, purified and bottled available in the US was indeed a masterstroke.
What kept him going was perhaps his never-say-die attitude. His seemed to live with the philosophy that some work would reap great results, some would not but the way to work is to keep going and keep scaling new heights.
He was an interesting personality and that was reflected in the fact that he was a film maker too. Much before Bollywood came to Chicago, it was our very own Amrit Bhai who shot a Hindi movie entirely in Chicago area. The Hindi film titled Car Thief starred the legendary Dev Anand’s son Sunel Anand and Vijeyta Pandit. The film had an ensemble cast and included Hindi cinema stalwarts like Asha Parekh and Parikshit Sahani.
He also started a fast food restaurant in Devon area and added towards making Devon Avenue a desi meets American food hub in the heart of Chicago. After having lived near Devon the family shifted towards Schaumburg.
He also brought the splendid Ganesha Festival to the Chicago area and was also involved in the travel business. Amrit Bhai was for the past many years involved in a credit card processing business that is now overseen by his son Anand Patel and daughter Zeena Patel. He is survived by his wife, his son and his daughter.
He created a culture around him and brought the feeling of home closer every time you met.
He will be dearly missed as a friend, philosopher, a kind soul and someone who infused energy into everything he did.
He has left a lasting legacy.

My condolences to Amritbhai’s Family.

Kejriwal must resign, BJP will clean Delhi in 4 months:…

Proud to endorse Made in India through ‘Sui Dhaaga’:…